Fernando Alonso became the first driver to hit the wall during practice for the 103rd running of the Indianapolis 500.

The Spaniard’s No. 66 McLaren Racing Chevy had completed a lap of 224.269 mph while running close to Graham Rahal and understeered into the Turn 3 wall. Striking with the right-front wheel first, the two-time Formula 1 world champion spun to the infield, struck the wall with the back of the car, and slid across to Turn 4, where he made additional contact with the front of the car. Prior to the crash, the team focused on making damper changes at the car’s rear.

The 37-year-old leapt from the car immediately and appeared to be uninjured. He was then checked and cleared to drive by the Indianapolis Motor Speedway.

Here’s the moment @alo_oficial hit the wall during #Indy500 practice 😮

“It was pure understeer on the car, and even though I lifted the throttle on the entry to the corner, it was not enough and the wall was too close and came too quickly,” he said. “Fortunately, it happened today. Sorry for the team, and we will come back strongly tomorrow.”

The team has two new cars for its return to the Indy 500, giving it the option to resume with its spare car once a motor is fitted, or to repair the crashed car and continue practicing with it on Thursday.

“We’re just going to hover around the car here and assess the situation and make a decision [on whether to switch to the spare car] in the coming hours,” said McLaren sporting director Gil de Ferran. “We’d been fighting understeer this morning, and it looks like he just understeered into the wall and that was that.” 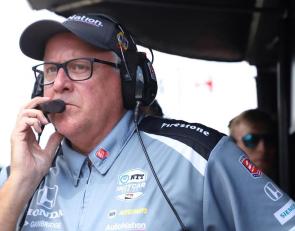 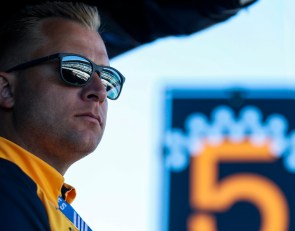