Mike Skinner (photo above) emerged fastest of the pros in Friday’s practice for the Michelin Raceway Road Atlanta round of the Vintage Race of Champions (VROC) Charity Pro-Am Championship Presented by RACER Magazine.

As for who has the fastest car, the question remained in dispute, as Skinner attested.

“Actually I think Little Al (Al Unser Jr.) has the best car,” the former NASCAR star said after the session closed. “I know he set a faster time in the earlier practice.”

SVRA officials have put a new spin on practice and qualifying for this weekend’s VROC pro-am by granting full discretion to competitors to determine who is in the car when. Previous events have required separate practice and qualifying sessions for the professionals and amateurs. Here the final practice was for the pros, but many of the car owners elected to give the racing legends more seat time in earlier sessions. The strategy was simple: the more the pros get comfortable in the regular driver’s car, the faster they get.

Does Unser Jr. have the fastest car in the VROC charity pro-am field?

“We’re playing the long game,” Ribbs stressed. “There’s no sense burning up the tires in practice or getting off the course. I know what my car can do, and, honestly, if you asked me to make a prediction, I’d have to say Ed [Sevadjian, the regular driver] and I have the car to beat.”

Friday evening, all the racing legends gathered in a banquet hall for a fund-raising dinner for Hope For The Warriors, the charity for military vets benefiting from the race. All expressed a sentiment that speaks to the core of the vintage racing culture: camaraderie. The ethic of protecting equipment in a sport where ‘rubbing is never racing’ is embraced … but the competitive spirit still burns.

“This is simply another form of racing,” Unser explained. “You respect the equipment, but that doesn’t mean we don’t want to win. We play within the rules, but beyond that, we’ll do everything we can to come out on top.”

“We’re serious about it, absolutely,” added Greg Biffle. “At the end of the day we all want nothing less than a win. I won the B Production race at VIR last year, and I had a blast. What’s different is that if we don’t win, we don’t feel like it’s the end of the world. It’s relaxing in that way.”

A former race-winner at Road Atlanta, Papis was quick in the Mustang.

All the drivers have Road Atlanta experience, if only in testing. Skinner and Biffle used the track for testing in their NASCAR days. Max Papis earned his very first win in America here in 1996 driving a Ferrari prototype in IMSA’s World Sports Car Series. Unser’s last Road Atlanta experience dates back to 1982 when he drove a Lola Frisbee to win at the track on his way to the Can-Am championship. In 1992, Davy Jones dominated the IMSA GTP race from pole in his Jaguar XJR-14. Geoff Brabham picked up two Road Atlanta wins in 1988 and 1989 during his dominant streak of four successive IMSA GTP championships.

As for Friday’s practice, Skinner led three drivers who managed laps under 1m36s seconds. Skinner recorded a 1m35.799s with Papis next, just 0.123s slower. Dorsey Schroeder drove the lone Cobra to third fast by another razor-thin margin of 0.035s.

Final qualifying will take place Saturday morning and, again, it’s up to the teams to decide which of their two drivers will take the wheel. Typically, the amateurs post faster times because of their familiarity with the cars as well as the fact the racers are set up for them throughout SVRA’s 14-race season. However, the amateurs will be required to hand their cars over to their pro co-driver 12 laps into the race so fans can witness the legends settling it on the track to the finish. 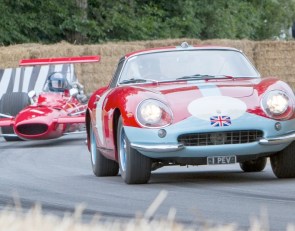 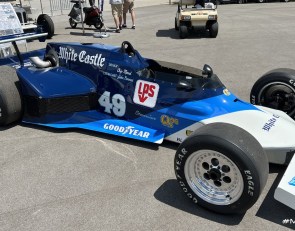