Second-generation racer Davey Hamilton Jr. has been jailed in Florida on charges of false imprisonment and aggravated assault involving his ex-girlfriend.

The 21-year-old son of the 11-time Indianapolis 500 starter was arrested Saturday in West Palm Beach after allegedly breaking into the Indiana woman’s hotel room and holding her there at knife point, according to the probable cause affidavit issued by the West Palm Beach Police Department.

Hamilton was charged with two third-degree felonies and is being held at the West Palm Beach Detention Center on $30,000 bail. His father is en route to Florida.

Indianapolis attorney James H. Voyles is representing Hamilton Jr., who lives in Jamestown, Indiana and competes in Stadium Super Trucks and was set for a USAC Silver Crown ride in 2019. He has also competed in three Indy Lights races.

“Most cases have two sides and we’ll do everything we can to vigorously defend Mr. Hamilton,” Voyles told RACER.com on Monday night.

According to the affidavit, Hamilton Jr. hid his identity and lured his former girlfriend to Florida by posing as the owner of a vodka company trying to hire her as a brand ambassador. He then broke into her room, confronted her with a pocket knife and told her, “it didn’t have to be this way,” according to the document. He accused her of cheating before she ran out of the room. Upon his arrest, Hamilton confessed to orchestrating the meeting with the intent to “scare her,” but not physically harm her.

Hamilton has no previous run-ins with the law, according to his father. His court date is set for mid-March. 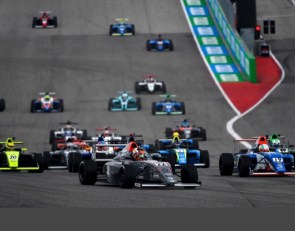 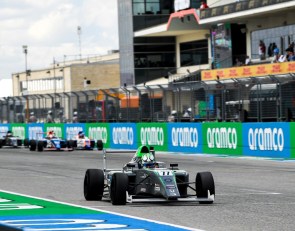 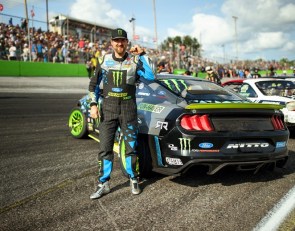