Although she suffered an as yet unspecified spinal injury for which she is due to undergo surgery on Monday, 17-year-old German driver Sophia Floersch could count herself fortunate after being involved in a frightening crash during the F3 World Cup final at Macau.

Shortly after the second restart in the crash-marred event, Van Amersfoort Racing driver Floersch ran into the back of another car on the run to Lisboa corner and, after clipping the inside curb, collected the TOM’s entry of Sho Tsuboi. Floersch’s car was launched over Tsuboi’s, over the barrier and catch fencing at an estimated 172mph, landing in an area occupied by track marshals and photographers. One marshal and two photographers suffered minor injuries.

Floersch and Tsuboi were both conscious and alert after being extricated from their cars, although both complained of back pain. They were transported to hospital along with the injured marshal and photographers, where Floersch was diagnosed with a spinal fracture and Tsuboi with “lumbar pain for future examination.”

In a tweet to well wishers, Floersch — a regular in the European F3 series this season — said she was “fine” but acknowledged she will undergo surgery on Monday.

Just wanted to let everybody know that I am fine but will be going into Surgery tomorow morning. Thanks to the @fia and @hwaag_official @MercedesAMGF1 who are taking great care of me.
Thanks to everybody for the Supporting messages.
Update soon.

Although the president of the Macau Grand Prix Organizing Committee, Dr. Alexis Tam Chon Weng, emphasized that the event — now in its 65th year — had been run in full compliance with FIA regulations, the world governing body’s president, Jean Todt, took to social media to say the FIA would conduct an investigation.

“After the serious incident today in Macau, the FIA is mobilized to help those involved and analyze what happened,” Todt tweeted. “We will monitor the situation and make the necessary conclusions. All my thoughts are with you Sophia Floersch and the others injured. I wish you all a safe recovery.”

After a 40-minute delay for repairs to the barriers, the race was resumed and Britain’s Dan Ticktum won the F3 World Cup for the second straight year, having led from start to finish. 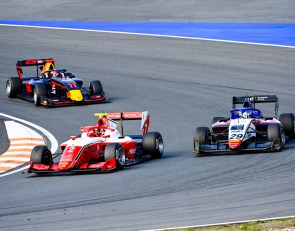