After taking a Pirelli World Challenge SprintX-Am championship in 2018 with a Ginetta G55, Ian Lacy Racing in partnership with G3 Racing announced it will compete in 2019 with two new Ford Mustang GT4 entries.

“We began our Pirelli World Challenge involvement in 2015 when we built a Mustang V6 for VP Racing Fuel’s Steve Burns to compete in the TC class. We subsequently ran a Mustang Trans-Am car for Burns over the next couple seasons before taking a hiatus with another manufacturer in PWC GT4,” noted team own Lacy. “2019 will see us return to Ford for our next effort. I am very excited to renew our relationship with the brand.”

The team’s race shop is located at Utah’s UMC racetrack along with the Ford Performance Racing School, where driver Drew Staveley works as a lead instructor. G3 Racing owner and driver Frank Gannett also has ties to the manufacturer. “My dad worked for Ford in Michigan as well England where he had a position in the engineering division,” Gannett said. “We considered all the GT4 cars before deciding that our historical and local ties to the brand, as well as the cars success in different series throughout the year made the Mustang the obvious choice.”

“I was quietly hopeful the team would choose the Ford, as the first race car I ever drove was a Mustang,” said Staveley. “I spend Monday through Friday driving GT 350s so I’m confident I can run at the front of any field with the car. I think it’s going to be a great fit for Frank and I, and it ensures that I can get time off work at the Ford school to make all the test days!”

The team expects delivery of the news cars in a week or so, to be followed by initial testing. 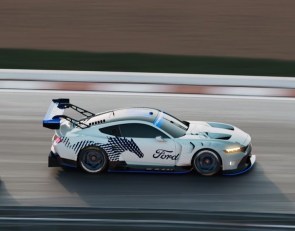 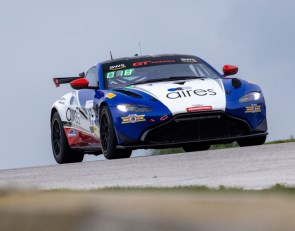 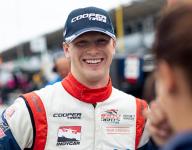