Jorge Lorenzo (Ducati Team) has undergone successful surgery on his left wrist, with the Spaniard now back at home to Lugano and on the road to recovery. Whether he is fit for Sepang will depend on the evolution of that recovery.

The five-time world champion underwent an operation to treat a rupture on the dorsal side of his left scapholunate ligament, suffered in a practice crash in Thailand. Keyhole surgery was undertaken on his wrist and he was treated with a heat suture and had platelet-rich plasma placed on the rupture.

After missing the Thailand Grand Prix, Lorenzo withdrew from last weekend’s Grand Prix of Japan after a brief outing in FP1 to test his physical condition. 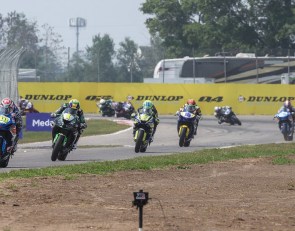