MILLER: IndyCar's home on the Road

MILLER: IndyCar's home on the Road

The two kids from Appleton sported Hinchtown and Ryan Hunter-Reay T-shirts, while a 20-something from Kenosha proudly wore an Alexander Rossi jersey, a pair of teenage girls from Milwaukee modeled freshly-minted Will Power Indy 500 winner shirts and two old boys from Fond du Lac donned Tony Kanaan hats. It seemed like every fifth person in the paddock last Sunday was wearing a shirt or hat of their favorite IndyCar driver.

There was a damn good crowd on Friday, more people on Saturday than at any other IndyCar race this season except Indianapolis and Long Beach and Sunday was easily pushing 45,000.

They came early and stayed late while getting selfies with drivers and close-ups of cars.

If there is truly a home track for IndyCar racing it’s Road America because the fans are invested, enthusiastic and knowledgeable. They watch the races on NBCSN, they read RACER along with all the other websites that feature IndyCar and they recognize Zach Veach right along with Josef Newgarden. It’s so refreshing for the drivers, teams and IndyCar officials to come to Elkhart Lake because it’s a big-event atmosphere at the baddest, coolest, most scenic road course in North America.

“Obviously it’s fun to drive because it’s so fast and challenging but the people make it so special — did you see that crowd today?” exclaimed Scott Dixon after finishing third in the Kohler Grand Prix.

Scott Dixon races out of Turn 6 at Road America. (Image by Shawn Gritzmacher/IndyCar)

What Dixie didn’t have to say was that unlike many tracks where he can move about in relative obscurity, the four-time champ and current point leader can’t go five feet in Wisconsin because everybody knows him.

So it’s really hard to imagine that IndyCar didn’t run here from 2008 to 2015.
But we owe a debt of gratitude to Derrick Walker, because he was the guy back that got IndyCar back to this legendary 4-mile track. And Walker credits Road America president George Bruggenthies for putting IndyCar back on the map in Wisconsin.

“I met George when he put in a bid to save Milwaukee and he had already done some good things to save Road America,” said Walker, who was IndyCar’s president of competition from 2012-2015. “I think there would have been weeds growing around Road America without George and he’s kinda like a Marine always charging up the hill and getting things done.

“At that time his track wasn’t making money and in my opinion the old sanctioning body was gouging people, so there wasn’t a race up there for a number of years. But when Mark (Miles) took over he was good to let me try to get it back and it was instantly obvious George wanted to make it work.

“IndyCar didn’t nickel and dime him to death, nor did he to us, and we got a deal done quickly.”

Bruggenthies knows his audience, the climate and what makes for a good show. He basically told IndyCar it’s going to be a noon start, not something ridiculous like Milwaukee failed with at 3 or 4 o’clock, because he wanted fans to be able to get back home Sunday night at a decent hour. He also demanded a late June date because the weather is usually perfect.

After three consecutive home runs, Big George looks pretty smart and he re-upped for three years over the weekend.

“The thing that makes the difference is George and his team,” continued Walker. “He’s a good promoter and he works hard and I think today there’s a bit more of a realization that we need each other than there was 10 years ago. I think IndyCar is keen to make it work for both parties.

“It would have been interesting to see what George could have done with Milwaukee. He saw it as a joint promotion for both events and maybe he could have saved it as well.”

These are tough times for all sanctioning bodies, tracks and promoters. IndyCar’s Jay Frye and Miles are trying to keep a balance of ovals, road courses and street circuits in the most diverse series in the world against the odds of making a little profit for everyone.

The 2019 schedule is a work in progress but thankfully has some popular mainstays like Long Beach, Barber, St. Pete, Mid-Ohio, Gateway and Road America already locked and loaded.

I’m a crabby 68-year-old who has been covering IndyCar racing for 50 years and I don’t get very excited about anything anymore. But being at Elkhart Lake once a year is an exception. It’s a classic road course in the middle of beautiful country packed with passionate people who truly get it — and like it.
So it’s hard not to smile all weekend. 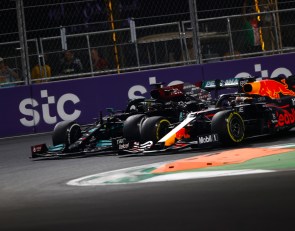