Honda admits there is “huge pressure” with its new deal with Red Bull, but is targeting victories from the first year of the partnership.

It was announced on Tuesday that Red Bull will switch to Honda from Renault for the next two years, following the successful start to Toro Rosso’s works partnership with the Japanese manufacturer. With Red Bull having already won two races with Renault power this season, Masashi Yamamoto – Honda general manager, motor sport division – said the aim is to not just maintain, but improve that level of competitiveness.

“It is one of the top teams,” Yamamoto said. “It has won several championships, and this year it has already won some races. In addition, it is also obvious that they have a very good chassis, and this means we’ll have better chances of winning races. This gives further motivation to all the members of Honda, but at the same time, it is a huge pressure and responsibility for us.

“However, it is Honda’s nature to always aspire to a very high target, and I think that’s what makes Honda, Honda.

“As a starting point, we do not want to see Red Bull Racing’s performance drop below its current level. But our target is to go further, and do better than they are doing at the moment.”

Yamamoto also believes Honda will benefit from supplying both Red Bull and Toro Rosso due to the potential for collaboration between the two teams.

“There won’t be a change in the current relationship between Honda and Toro Rosso,” he said. “But we expect mutual transaction between the teams and Honda within the regulations, so that we need to make sure we maximize that advantage in order to get good synergy together.” 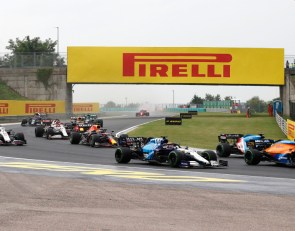