McLaren’s sustained interest in the Verizon IndyCar Series could bring the British Formula 1 team to the paddock as a full-time entrant.

A McLaren envoy, dispatched by its leadership team, spent time at the Indianapolis Motor Speedway last weekend during the Indy GP event where meetings are known to have taken place with potential candidates to run a joint IndyCar program. A return engagement my McLaren to continue talks is believed to be in the works for early June.

Under the McLaren Honda Andretti entry, Andretti Autosport fielded a car on behalf of McLaren for two-time F1 champion Fernando Alonso at the 2017 Indy 500 (pictured above). Commissioned by McLaren executive director Zak Brown, the American has been forthright in his desire to continue racing in the IndyCar Series.

INSIGHT: Drivers who saved something special for May

Although he declined to speak on the topic of becoming a full-time entrant, Brown did tell RACER last year that “it’s not a case of if we’ll be back at Indy, but when.”

The earliest start date for the proposed McLaren Racing IndyCar program is 2019.

In light of the ongoing business relationship between Brown’s United Autosports sports car team and Andretti Autosport, and the shared ownership of the Walkinshaw Andretti united Australian Supercars team, Andretti’s IndyCar is believed to be atop McLaren’s list for a future program in the U.S.

Team structure for Andretti Autosport could be a stumbling block. The Indianapolis-based outfit fields four full-time cars this year and could have as many as six in 2019 if Colton Herta’s Andretti/Steinbrenner Indy Lights program moves up and McLaren comes onboard.

Regardless of how it’s orchestrated, signing a long-term deal with McLaren is said to be in Andretti’s hands. If, for whatever reason, the deal were to fall through, there are plenty of teams representing both Chevy and Honda that would welcome an alliance. 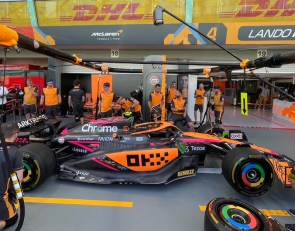