Trevor Bayne found himself on the hot seat at Bristol Motor Speedway, and to his credit he didn’t look for an easy way out.

The Roush Fenway driver faced numerous questions during his pre-race media availability and most of them centered around his performance. The lack thereof, to be more specific, when it comes to the No. 6 Ford, and Bayne faced them head on.

“It’s hard. When you’re growing up as a five-year-old kid in racing or a 12-year-old or a 15-year-old, 20-year-old winning races, you expect to continue that,” Bayne said of his Monster Energy NASCAR Cup Series career.

“That’s kind of the expectation. You thrive off that. You want to win. You see yourself as being a Cup champion or being the dominant guy. You see that promise growing up, so when you get here and you’re in this situation where you struggle, it’s really hard.” 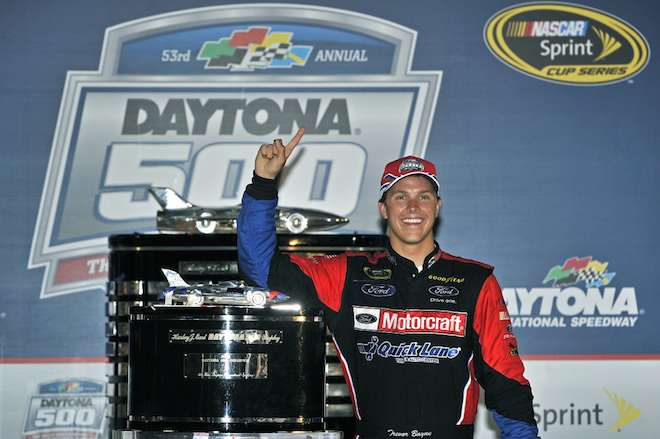 Because as Bayne noted, it wasn’t always this way. Before making it to the Cup level Bayne won races as a teenager in what was once the Hooters Pro Cup Series as well as in the NASCAR K&N Pro Series East. He has two career wins in the Xfinity Series, and scored an ARCA victory in his first start. And, of course, he won the Daytona 500 with Wood Brothers Racing in 2011 (pictured above), becoming the youngest driver ever to win NASCAR’s biggest race at the age of 20 years and one day.

Yet, now in his fourth full Cup Series season, Bayne has yet to find victory lane with Roush Fenway Racing or finish higher than 22nd in points. Of his previous three full seasons, Bayne earning a 19.5 average finish over 36 races in 2017 was a career-high.

“What you can’t do is start second-guessing yourself, your ability, your God-given talents, and then you can’t question the people around you. You’ve really got to believe in each other and keep pushing forward, so that’s where we’re at right now.” 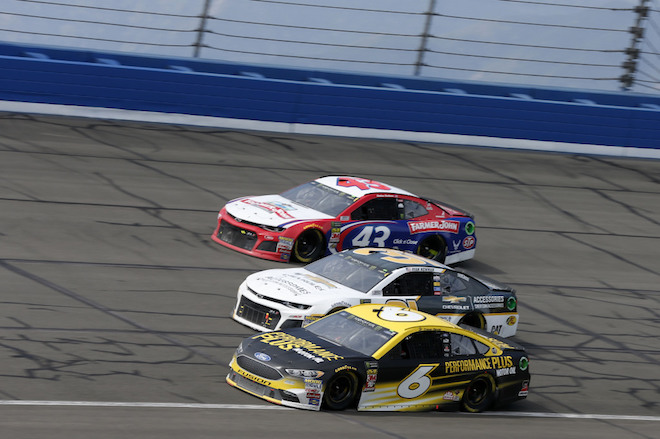 Bayne has led just 42 laps over the last two seasons, and a total of 71 in his career. That includes the limited schedule he ran with WBR from 2010 through 2014. In 173 career races, Bayne has 16 top-10 finishes and has never seriously contended for a spot in the playoffs – something his teammate, Ricky Stenhouse Jr., did last year after winning two races.

“I have to go to the racetrack every weekend thinking I can drive as good as anybody out here, otherwise I’m not going to give my best,” Bayne said.

Pledging to keep battling, Bayne said he doesn’t have any quit in him. He believes those he’s working with don’t either.

“But it sure would be fun to get the results from that,” said Bayne. “It would be really fun to be the team that can come here thinking we’re going to win every week or run top five.”

In seven races this season, Bayne has just two top-15 finishes and is 28th in points.