Albuquerque went from third to the lead on a green-flag gas-and-go stop at the one-hour mark, and went on to pace the final 40 minutes of the 100-minute event.

“This team is awesome,” said Albuquerque, who joined Barbosa and Christian Fittipaldi in winning the season-opening Rolex 24 At Daytona. “This was my first time at Long Beach – my first Prototype race on a street course – and I loved it from the very first lap.” 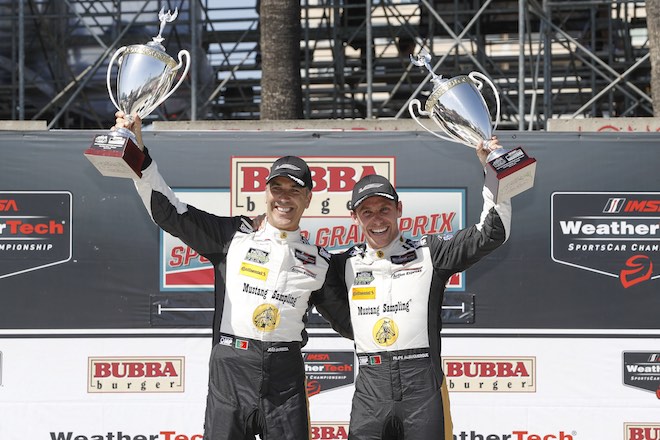 The victory unofficially put the pair back in the WeatherTech Championship lead after three races, five points ahead of teammates Felipe Nasr and Eric Curran in the No. 31 Whelen Engineering Cadillac.

“It’s very hard to overtake at Long Beach, and we didn’t nail the setup in qualifying,” Barbosa admitted. “But I was able to save some fuel on my stint. The guys had an excellent pit stop and great strategy – we only changed tires once.” 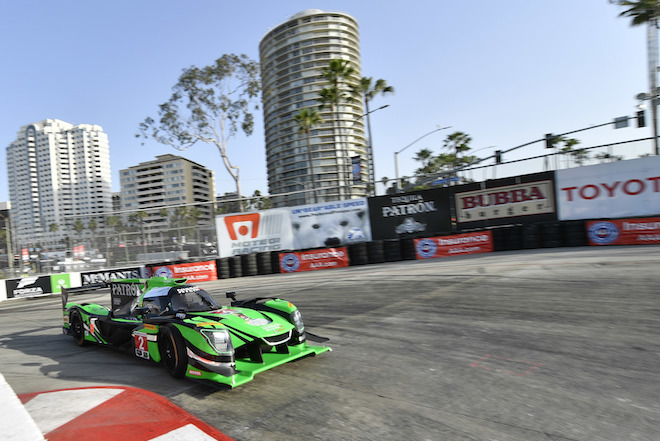 Ryan Dalziel finished second in the No. 2 Tequila Patron ESM Nissan Onroak DPi started by Scott Sharp, 4.766 seconds behind, holding off Jordan Taylor in the No. 10 Konica Minolta Cadillac DPi-V.R by 0.483s. 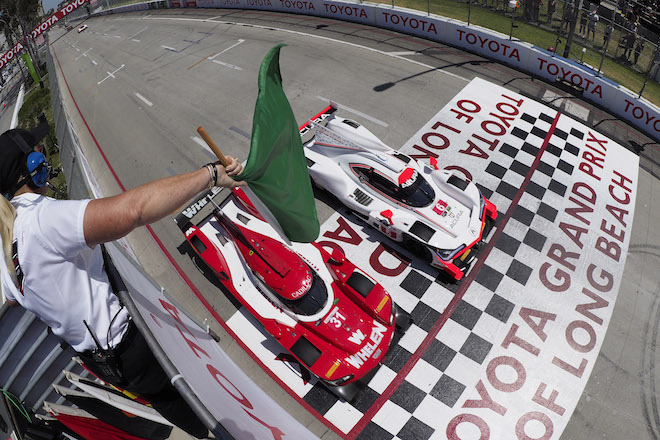 The early going saw Montoya and Nasr pull away from the pack. Nasr passed Montoya on the back straight moments before the second of three cautions at the 31-minute mark. The pair stayed out, with the remainder of the field pitting under the yellow.

Nasr pitted under green at the 55-minute mark, with Erin Curran sustaining slight damage when he got together with the No. 911 Porsche of Nick Tandy. Montoya pitted two laps later, giving Albuquerque the lead. Albuquerque stretched the advantage to 10 seconds before the final caution for debris with 28 minutes remaining. The Cadillac pulled away on the restart despite the efforts of Dalziel, with brothers Ricky and Jordan Taylor in the spotlight with a side-by-side battle for position in the closing minutes. 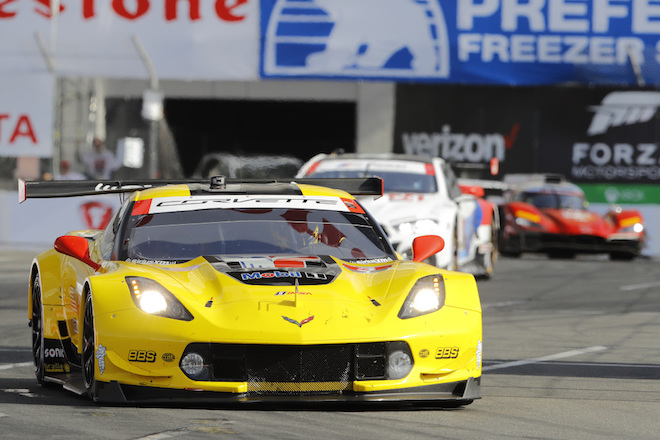 In GTLM, Tommy Milner took the lead with 22 minutes remaining when the dominant No. 912 Porsche 911 RSR of Earl Bamber went out with a suspension failure, and went on to win in the No. 4 Corvette Racing C7.R started by Oliver Gavin.

“This was one of the hardest races I ever did in my life,” Milner said. “The track was so dirty off line – it kept getting narrower and narrower. You go just a little bit too wide and you’re off. I almost threw it off in the last corner on the last lap. My heart was pounding after that. This race is such a wild card. You just need a little magic now and then, and we definitely had it today.”

Milner beat the two Chip Ganassi Ford GTs. Ryan Briscoe was second, 2.157 seconds back in the No. 67 started by Richard Westbrook, followed by Dirk Muller in the No. 66 that started from the pole by Joey Hand. 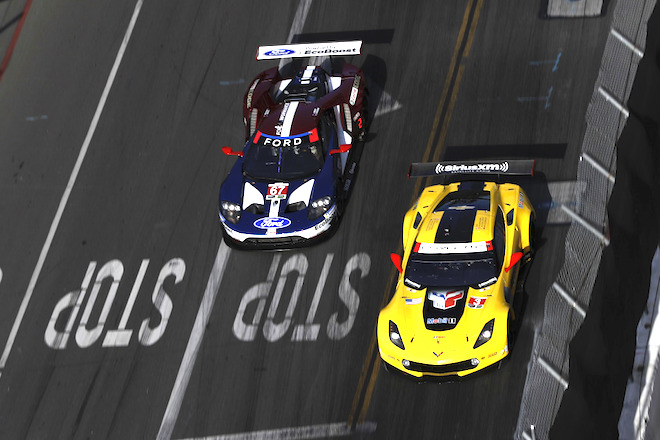 Sims did his best to hold off the pack, but Bamber got by in the No. 912 Porsche eight laps later – with plenty of side-by-side contact – exiting Turn 4. Sims held on for second, allowing Bamber to pull away prior to slowing with right-front suspension damage caused by a bolt shearing away from the chassis.

The race went to yellow in the opening minute when Kyle Masson in the No. 38 Performance Tech Motorsports ORECA 07-Gibson tapped Gustavo Yacaman in the No. 52 AFS/PR1 Mathiasen Motorsports Ligier JSP217 in Turn 2. Masson was unable to continue. The incident resulted in a 10-minute caution.

The second caution was for the No. 85 ORECA 07-Gibson of Robert Alon, who had gearbox problems and stopped in Turn 1 at the 31-minute mark.

Next up for the WeatherTech Championship is Mid-Ohio Sports Car Course on May 6.