For over four decades, Don O’Keefe Jr. has raced the short tracks around the country, often going head-to-head with some of the biggest stars in American motorsports.
The Pittsboro, Ind., racer has raced against NASCAR icons Jeff Gordon, Tony Stewart, Kyle Larson and Ryan Newman and against World of Outlaws champions like Sammy Swindell, Dave Blaney and Danny Lasoski. He has competed at venues as varied as the legendary Knoxville Raceway dirt track and famed NASCAR tracks at Phoenix and Richmond. For the past two decades, he has also been a regular competitor at the annual Chili Bowl Midget Nationals, the nation’s premier indoor racing event.

But, the longtime veteran of Sprints, Midgets and Silver Crown cars said his decision to attend Bertil Roos Racing School at Palm Beach International Raceway and learn European-style road racing provided one of his best racing experiences ever. As a veteran racer, he knew the importance of finding an SCCA-accredited school. 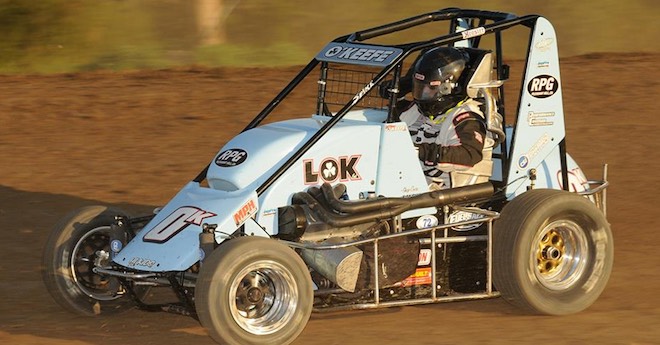 “I’ve paid my dues and learned the discipline it takes to run the ovals in my 44-plus years as a driver,” O’Keefe said. “I’m now 61 and thru the years have successfully run everything from stock cars to World of Outlaw Sprint Cars to USAC Silver Crown, Sprints, and Midgets on dirt and asphalt, at over 80 tracks in 19 different states. I’ve had numerous main wins and top-10 finishes along the way. I’ve always wanted to try my hand at road racing and as I investigated more it was clear, going to a ‘Certified Racing School’ was my best option as I still have some racing years left in me.”

As a racer, he knew the importance of being surrounded by the best equipment such as Bertil Roos Racing School’s Formula cars and receiving top instruction in the highly intricate and technical form of European-style road racing.

O’Keefe received instruction from Bertil Roos Racing School President Dennis Macchio, who has been teaching performance driving and racing for decades, and whose clients have included Formula, IndyCar and NASCAR drivers. O’Keefe also worked with BRRS chief instructor Vince Majewski, who also has decades of teaching driving techniques, and Divina Galica, only one of five women to have entered a Formula 1 Grand Prix. 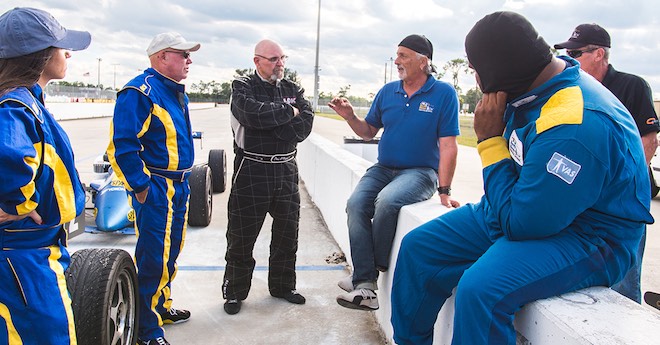 “To run with the best, you need the best, whether it is equipment, personnel, or those mentoring you,” O’Keefe said. “The Bertil Roos Racing School stood out among all the others as ‘The Best’ in my eyes. Their approach to teaching you the discipline it takes to road race is second to none. Dennis, all his instructors and personnel, have years of championship experience and can communicate with the student or driver at their level.

“I admit the thought of ‘Heel-Toe’ shifting had me terrified, but between Dennis, Vince, and Divina, they had this old dirt-tracker shifting and not grinding the gears as I learned the basics of road racing.”

O’Keefe attended Bertil Roos Racing School’s three-day basic program at PBIR and followed with the two-day advanced course. It whetted his appetite for even more Formula-style road racing and gave him an even greater appreciation for the sport.

“In all my years of racing, attending the Bertil Roos Racing School was one of the best decisions I’ve ever made,” O’Keefe said. “I highly recommend it if you’re considering a racing school whether it be as a beginner, or like me, a veteran of a different form of racing that wanted to learn from the best.”

To get the high-quality instruction like O’Keefe and others from the hobbyist to the top levels of racing have experienced, visit racenow.com or call 1-800 RACE NOW.