The technological battleground, which opened up last year when the series allowed its entrants to produce some of their own Dallara DW12 components, has pitted race engineers and their performance-minded ideas against the series’ desire to keep costs and innovation under control. 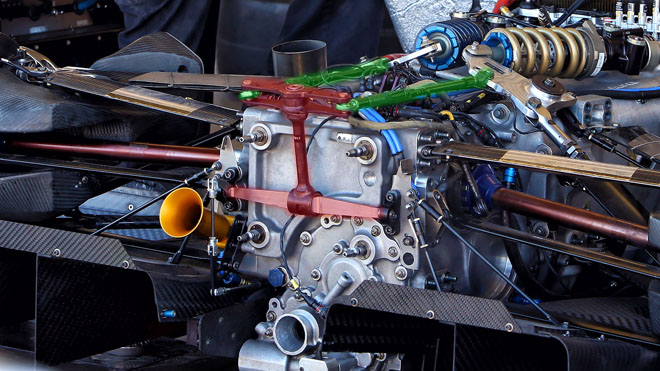 The development area that has attracted the most interest is found with the DW12’s suspension, and specifically, with front and rear anti-roll bars (ARBs). Teams relied upon the stock Dallara ARB options from the DW12’s introduction in 2012 through the 2016 season, and with the newfound allowance to create their own ARBs, some teams – but not all – jumped on the opportunity to submit their concepts to IndyCar for approval.

It’s in this back-and-forth process of creating new ARBs and finding out whether the series’ technical department will approve or deny the design, where Dale Coyne Racing has found the limitations of IndyCar’s comfort zone. The new T-style ARBs that got the green light from the series are scheduled to debut on DCR’s pair of Honda-powered cars at some point next month.

The design that died in the approval process comes courtesy of DCR race engineer Craig Hampson and makes for a unique look inside how teams navigate IndyCar’s new-part development system.

“IndyCar opened up the rules to allow teams to make their own anti-roll bars, and ostensibly, this was a cost savings measure,” he told RACER. “But in allowing some freedom of the blade thickness, the diameter of the vertical stem, and the position of the holes on the crossbeam, the teams can now tune the performance of their car by designing and making new and different ARB parts. Our project began almost by chance because we saw a fan photograph of the rear of a Ganassi car – and it clearly had a different crossbeam for their rear ARB. Being a smaller team with limited headcount and a budget well below a place like Penske, we had to get creative about how to execute making new parts.”

As the son of educators, a valuable lesson on the purpose and functionality of ARBs was the next offering from Hampson before moving on to the design and submission routine. 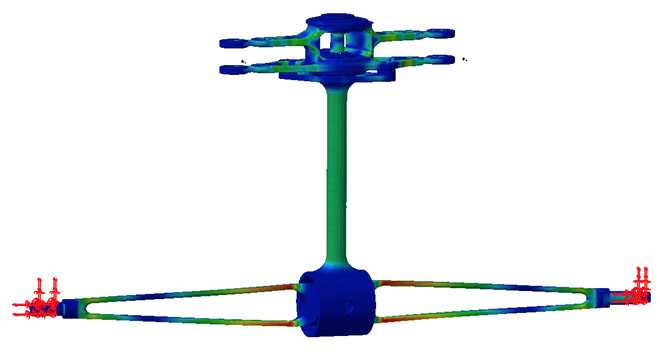 “They used to be called ‘sway bars,’ but really should be called ‘anti-sway bars,'” he continued. “But in our world, we call them anti-roll bars. An ARB is a mechanical flexible coupling between the suspension on opposite sides of the car, connecting the left-front to the right-front suspension, and the left-rear to the right-rear. When the car corners, this flexible coupling resists the rolling motion of the car, keeping it flatter as the vehicle is subjected to the Gs of lateral acceleration. A lot of body movement can disturb the driver and potentially the aerodynamics.

“But the ARBs are also a weight transfer device. They remove load from the inside tire and add load to the outside tire. Because of the physics of pneumatic tires, that load transfer reduces the total grip of that axle. So, stiffening a front ARB will reduce front grip and add stability to a car by adding understeer. Connecting a rear ARB will reduce the rear grip but make the car more neutral and potentially faster with a better cornering balance. 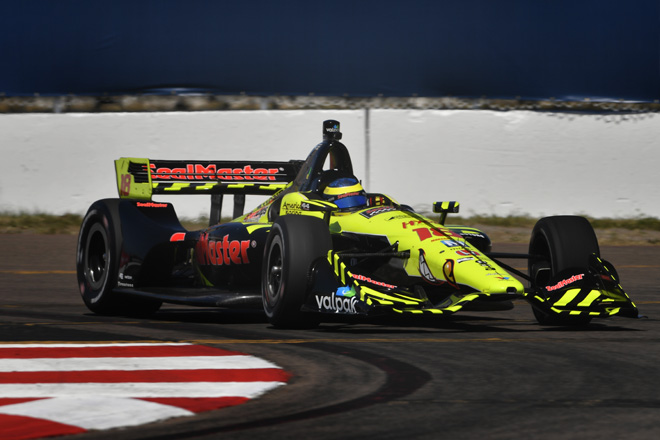 “In IndyCar, the front and rear ARBs are driver adjustable. There is a lever in the cockpit which actuates a cable and bellcrank which then rotates the blade component of the mechanism. That varies the stiffness so that your pilot can adjust the handling of the car by making the front or rear suspension stiffer or softer as the tires wear, or for traffic situations where dirty air becomes a factor. Interestingly, in Formula 1 the driver isn’t allowed adjustable ARBs.”

With the door opened to ARB development, teams like DCR had to assess all of the basic functions Dallara’s stock units perform and then look for areas to optimize. Everything from reducing weight to providing a wider range of suspension softness/stiffness tuning through new ARBs was considered.

“Dallara has offered several ARB options for the DW12,” Hampson said. “At each end of the car there are available two types of tubular stems of different diameters and thus stiffnesses, and also two different blades made of either titanium, which is less stiff, or steel, which is stiffer. In addition, the top crossbeam [the ‘T’ that connects to the suspension rocker arms through drop links] has two pairs of holes. If you attach the drop links to the outer holes, the ARB is softer; attached to the inner holes, it is stiffer.

“The same crossbeam also pulls on the third spring. So just because you see the ARB mechanism on the car it doesn’t mean the ARB is actually hooked up and functional. It might be there only to actuate a center element heave spring. We can de-activate the roll resistance of the ARB by removing two bolts from the crossbeam – at which point it works as a free swivel.” 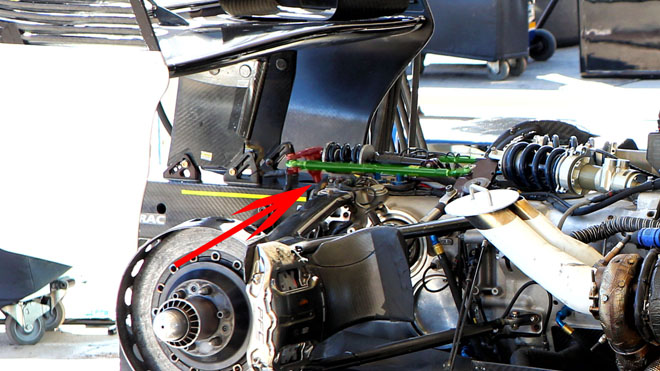 DCR took its ideas on how to improve the base DW12 ARBs to an external firm – France-based Poly-Shape – and worked through some unique solutions to the weight and performance puzzle Hampson had in mind.

“Fortunately, Poly-Shape stepped up to the plate in a big way,” he said. “By using their sintered metal additive manufacturing technology – effectively 3D printing – we were able to make the components in one piece, rather than as welded up fabrications like the Dallara parts. That saved a bit of weight. The stems are also hollow, and we were able to control the wall thickness of the tube to optimize the torsional stiffness. But the real asset in working with Poly-Shape was their stress analysis capability.

“They were able to iterate the designs for us using finite element stress analysis. That’s a computational approach of calculating how much each little bit of the metallic part is deflecting and thus how much stress is on the material in that area. Using that technique tells an engineer where more material is required to avoid a crack, or where material can be removed to reduce the weight. Poly-Shape proved exceptionally capable at this segment of the design process.” 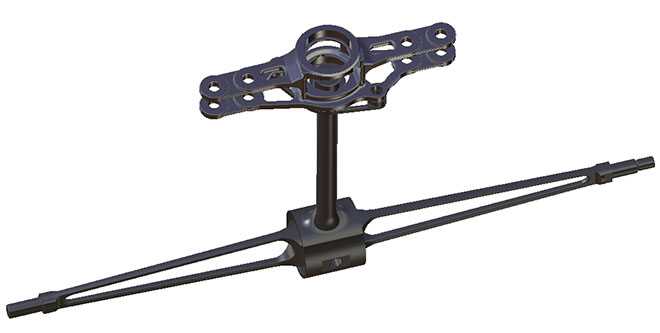 “Anything new that a team places on a car has to be approved by IndyCar through a submission to its online IRIS system,” he said. “The IndyCar technical department then judges your submission to decide if it is allowed, or if it goes too far across their line. All the other teams can see that you asked a question, and whether you had something rejected or allowed – but they don’t see your actual design … and you often don’t know why the component was rejected, only that the officials did not approve.

“We actually had to make a lot of submissions across the offseason in working to get our Poly-Shape components approved. Initially, the designs went too far with IndyCar, in that they didn’t want us adding lightening pockets or through-holes or changing the crossbeam material from steel to titanium. We had a lot of redesigns to finally land on something that fit within their spirit of the rules. In reality, the parts we have now are a lot less trick than the original designs, and that means we are somewhat heavier than originally hoped. But we’ve hit our targets for stiffness.”

The final, approved DCR ARBs are likely to appear at one of the road or street course events on the schedule in the coming weeks. Until then, they’ll stay under wraps.

“The project dragged on a lot longer than anticipated – which is why we didn’t have the pieces on the car for winter testing,” Hampson said. “But they will make their debut for us soon, and we hope to see them in use for the next several seasons.”