Pirelli Motorsport boss Mario Isola believes a one-stop strategy will be the winning move for the first Formula 1 race of 2018 in Melbourne. The Red Bulls, having qualified on red supersoft tires, might be the one team on an alternate strategy.

“When we nominated the yellow soft, red supersoft and purple ultrasoft for this race, our simulations showed that a two-stop strategy would be fastest,” Isola said. “However, the temperatures this weekend have been a little cooler than anticipated, and so the degradation has been less than expected. As a result, a one-stop strategy will be marginally faster than a two-stop.”

Isola believes there are three possible tire strategies to consider, with two of them being one-stop options. The first is a one-stop with the first stint on the supersoft compound, then pitting around the 20-lap mark to switch onto soft compound through the end of the race. Alternatively, if they can keep degradation low, starting on the ultrasofts for 20 laps before going to supersoft for the balance of the race might be a risk worth taking. Those considering a two-stop strategy likely will start on the ultrasoft for 13 laps before switching to supersofts for two stints of 20 to 23 laps.

In terms of race pace, several teams ran race simulations that were quite fast during Friday’s FP2, but Isola believes that no one showed their true potential. 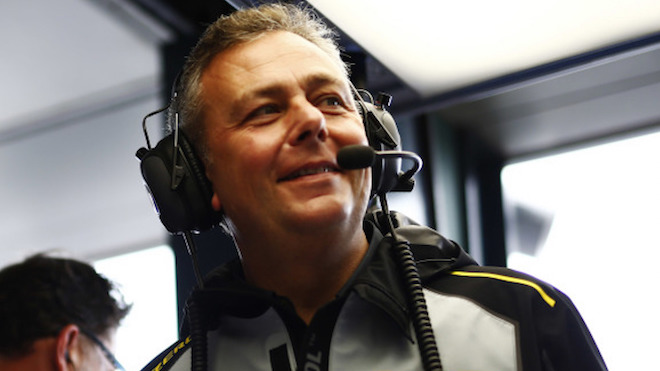 “Today, everyone will push more, so there is a potential to see some very fast laps during the race,” he said. However, Isola cautions, “Everyone will have to pay attention to degradation rates at the beginning of the race. With heavy fuel loads, wear on the rear tires could pose an issue.”

At the moment a dry race is expected, but clouds have begun to roll in and some rain drops have been felt.