Vautier, whose year-old GT Daytona track record was eclipsed earlier in Friday qualifying, turned a lap of 1m47.432s in the No. 90 Spirit of Daytona Cadillac DPi-V.R, topping Neel Jani’s 2017 mark of 1m48.178s.

“This was a little unexpected, to be honest,” Vautier said. “We had quite a lot of issues in practice, and we barely ran. But we knew we left the [February] test with a good basis, so we decided to go back to what we knew from the test and it proved to work quite well. Today we just focused on our basics. It was unexpected, but you know me, I’m always pushing 101 percent.”

The session was also a learning experience for Vautier, who was surprised with the performance of the Continental Tire.

“It was unexpected the way the tires worked,” Vautier said. “Normally, you go quicker and quicker as the car gets lighter, but I think with the new tire spec and the heat, the tires came in really quickly.

“The lap times came when nobody expected them. It didn’t feel that good on those first laps; there’s so much grip and you’re still getting into it. So when I saw 47 on the dash, I didn’t expect it at all, usually the fast laps don’t happen that quickly. But at the same time, qualifying was the first opportunity we had this weekend to run with low fuel and new tires, because of our issues in practice.” 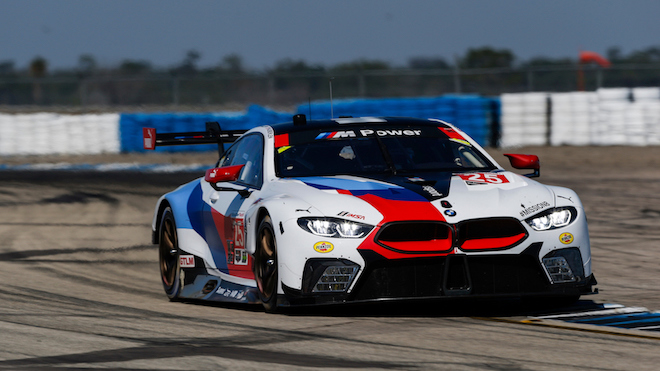 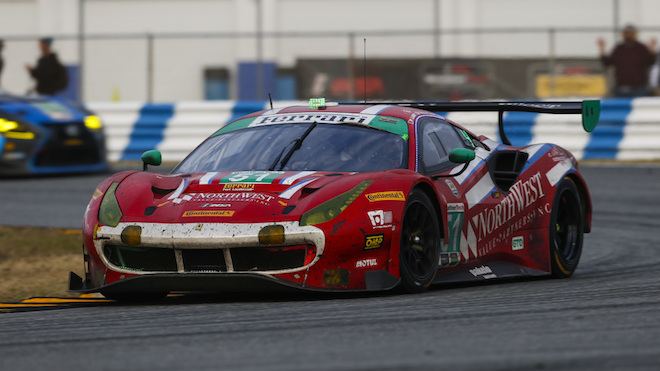 Daniel Serra took more than a second off Vautier’s existing GTD qualifying mark, winning the class pole with a lap of 1m58.710s in the No. 51 Spirit of Race Ferrari 488 GT3. It was Serra’s second consecutive pole – coming off a record-breaking lap at Daytona – with the team making a last-minute decision to enter the Sebring event.

Michael Shank Racing spent the day welding the No. 93 Acura NSX GT3, which sustained major front-end damage during Thursday’s practice. The team plans to have the car on track in time for the Saturday morning warm-up.