Nine-time FIA World Rally Champion and WRC returnee Sébastien Loeb sensationally took the lead of Rally Mexico after the opening stage on Saturday morning and heads into the mid-leg service with 2.9 seconds in hand to former team-mate Dani Sordo. The pair have been battling all morning but a strong fight-back by Sordo in the final stage saw the Spaniard regain some ground to the 44-year old Frenchman whose last gravel rally was in 2013. There is however a four-way fight for outright Mexican honours with Kris Meeke and Sébastien Ogier joint third, 12.6 seconds further adrift.

Today’s 140 competitive kilometre route is only marginally shorter than yesterday’s and takes in two identical loops of three mountain stages before returning to Leon for three blasts around shorter spectator stages. Loeb, who had no idea where his pace would sit amid the regular WRC drivers, has been on incredible form and mounted an all-out assault this morning, powering his C3 WRC into the lead with fastest time in the day’s opener. He then extended that 5.1 second advantage to six seconds in the next stage, but second fastest from Sordo in the final test of the loop saw the Spaniard recoup precious seconds. The battle at the top of the leaderboard is one of the most intense of the season and Ogier, who was fifth last night, has nibbled away at Meeke’s advantage and closed the five-second gap to the Northern Irishman leaving the pair level-pegging after the morning stages. Both moved up the leaderboard at the expense of Ott Tänak who was down on power with a turbo problem in the first stage and ultimately had to retire his Yaris WRC. Both Meeke and Ogier have won stages but also had their own problems; Meeke had a scrappy final stage with a stall and was then broadside on a long left-hander, and Ogier had a broken starter motor going into the same stage.

Andreas Mikkelsen started the day in a close fight with Ogier, the pair split by only 1.5 seconds last night. The Norwegian dropped over 20 seconds to the Frenchman in the first stage alone however, when he mistook a pace note and is also struggling to understand why he is not on the pace. He has dropped out of contention but is still set to pick up valuable points for fifth, such is the rate of attrition. Championship leader Thierry Neuville continues to have a nightmare event; after a water splash in the first stage the engine cut out leaving him stranded for over a minute which was then compounded by a slow puncture later in the stage. He is sixth but over four minutes adrift of the lead now.

Pontus Tidemand, seventh overall, is leading the FIA WRC 2 Championship contenders by over four minutes and Tom Williams continues his solo drive in the WRC 3 category. 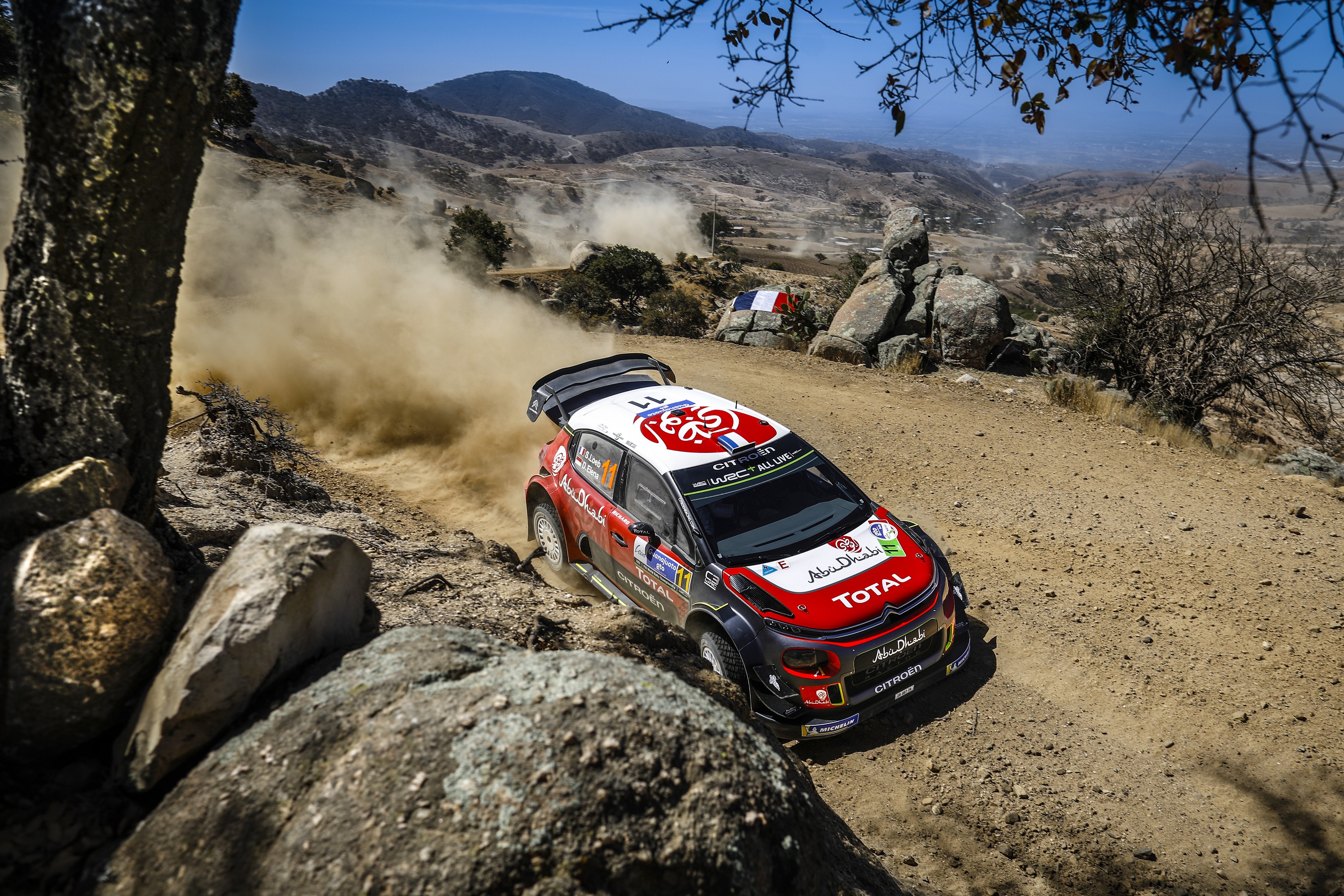