Johnson dialing his approach down a notch

Johnson dialing his approach down a notch

Jimmie Johnson got back to the basics at Las Vegas Motor Speedway.

The seven-time NASCAR Cup Series champion did not contend for the win. In fact, Johnson never cracked the top 10 on the leaderboard during the 267-lap race and had to battle back from a lap down – almost going two laps down – at the start. And even in finishing 12th, Johnson was not among those on the lead lap at the checkered flag.

Oh, he also started at the rear of the field because his car chief was ejected when the No.48 failed pre-race inspection three times. But in the end, Johnson swallowed his finish and acknowledged the notebook had been added to.

As for what the basics were, Johnson said he simply stopped taking more than the car would offer.

“At the end of last year and even in Atlanta [last week] I was trying too hard,” he said. “Just giving 100 percent and driving the car where it’s at and bringing it home is what I need to start doing. I’ve been trying to carry it and I’ve crashed more cars in the last six months than I have really in any six-month stretch or whole-year stretch. Just trying to drive it 100 percent and not step over that line.”

After crashing at Daytona and finishing 38th, Johnson was 27th in Atlanta. He is 29th in the point standings.

Echoing a sentiment shared by some of his peers, Johnson felt he got behind the eight-ball early due to starting the race on scuff qualifying tires. Once the car was given a fresh set, Johnson had better pace and found it easier to drive.

“Then we just kept chipping away at it all day long,” he said. “The last restart we had to start at the tail end [when getting his lap back]. I wish we would have had a chance to start up there with everybody. I think we could have been up inside of the top 10.” 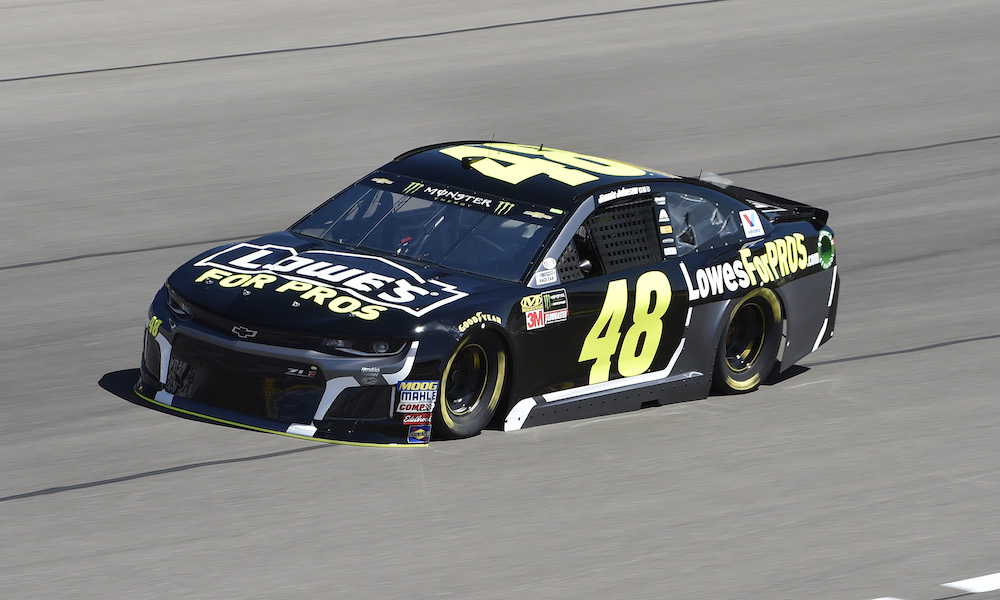 Regarding the new Chevrolet Camaro, which was seeing just its third week of competition, Johnson said the education continues.

“Every outing we’re learning more about it,” he noted. “There is a piece of information that is familiar from last year, so I think we have some work to do ourselves underneath the body with the chassis and the setup of the car.

“But today, I was in a lot of different aero situations that at first I was flinching in and then I grew very comfortable with and kept charging and driving through. I think the body is definitely helping the car; we’ve just got some other stuff to sort out to go along with it and kind of find the sweet spot for the car, too.”