Today is my first real test of the Xfinity Series season.

Atlanta is probably one of the most challenging racetracks for a driver and this is a car I don’t really have a lot of time in. Team Penske has had a lot of success here in the past, so I’ll need to figure out what’s comfortable for me and then get some points. Especially after crashing last weekend at Daytona.

Get some points. Log some laps. Learn a few things and find what will help me going down the road. This race is also the fifth race I’m going to have run in five weeks. A journey that started in January at Daytona with the Rolex 24 and even included a stint racing a rally car on ice in Sweden. 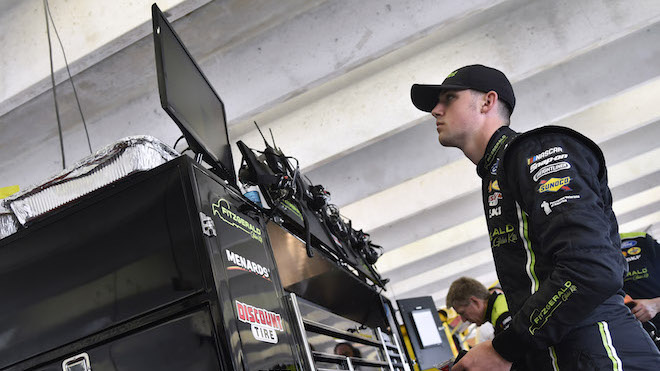 I feel like I need a week to relax and calm down, get everything organized. Between the Rolex, going to Sweden and racing with Roush Fenway Racing and now with Team Penske, my driving gear has been traveling around with me everywhere. Like it’s connected to me. I’m not complaining, but I’ll need a few days to get organized to where I feel like I’m prepared.

The finish of the Rolex 24 was a lot better than we were expecting. JDC MotorSports is a great group of guys who have been around for a while. But they’re a small team and don’t have a lot of resources. Yet they enjoy racing and know how to do it.

The car we ran was basically brand new with a whole bunch of guys who never worked together before and never saw the car before. My engineer hadn’t even worked on the car before, so it was a bit of a learning curve for everybody.

My teammates and I, half of us had never been in a prototype. We qualified OK and then ran the race with zero issues with the car. At the end we found ourselves in sixth place ahead of a bunch of big teams and big names. The team also let me finish the race, and in the sports car world you usually put your best guy in, so that was a pretty big honor. 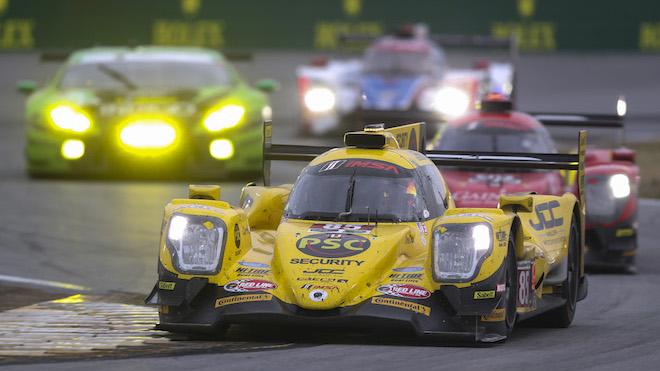 Funny story. We had a radio issue at the beginning of the race when the water cable flooded the radio plug and we had to put a battery-powered radio in. Well, of course, two hours to go in the race when I’m in the car the radio-powered battery dies.

Now, the team is pretty sure we’re good to go to the end. But as I’m running through everything on my dashboard where we have fuel used, fuel remaining, fuel used per lap I’m thinking there’s no way. There is no way we can make it. And I’m on my own. I have nobody. No help. Nothing.

So I have to figure out how much time is left in the race. If you’ve been to Daytona you’ve seen the Rolex bridge on the garage entrance and there is probably a one foot by six-inch rectangle with the time remaining in the race. I’m driving by at 190 miles per hour trying to find that little box to read it. When it finally got to a number I could read it was about 13 minutes to go.

We’re running sixth. Our teammate is seventh. Our teammate has more experience in the car and we desperately want to beat the No. 99 car. We’re about 40 seconds ahead of them and they put their best guy in. I’m running hard and have no clue we’re like three laps short on fuel. Eventually I do the math in my head and I start saving big time. I find GT cars and I’m running nine seconds off the pace, drafting with them and trying to read the clock. I can’t read the numbers.

Finally, I see the white flag and the dash says I’m two tenths to a liter to the good based off my last lap. I could have pitted during all of this, but we wanted to beat the other car. On the last lap when I exit Turn 6 on the backstretch I look in my mirror and here comes my teammate. I go full hammer and beat him by nine tenths of a second. Then we ran out of fuel on the in lap. For sixth place it was pretty exciting. 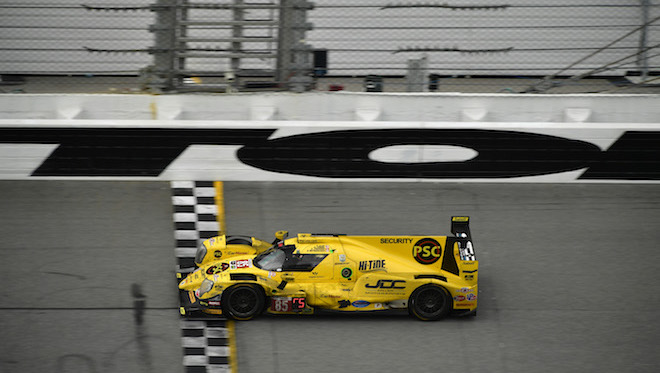 The Continental Tire race the day before, Chase Briscoe and I should have had a podium because we were fast enough, but we had a parts failure while running second and didn’t finish the race.

The Xfinity race last weekend at Daytona was also a rocky weekend. From the time we unloaded off the trailer to when we pushed the thing back in off the flatbed, it was a struggle. The right things didn’t happen at the right time; didn’t get a lot of track time; didn’t get any time in the draft. Obviously, you can see the results of that. 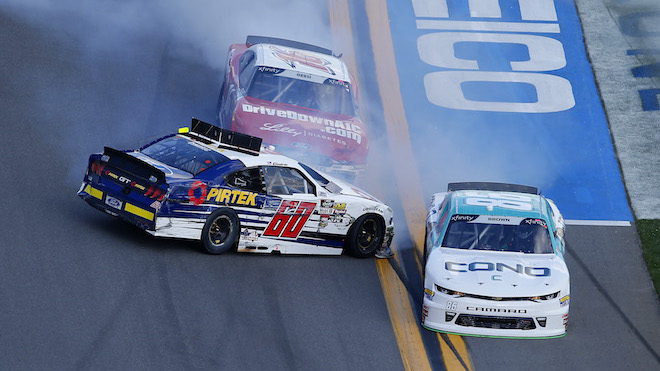 Some of it was out of our control. An ill-handling race car and an inexperienced driver don’t work very well when you’re in the middle of three-wide with Cup guys pushing you. It’s a humbling experience to spin in front of 39 other cars. We’ll learn from it and move on.

As for racing on ice in Sweden, it’s all about trying to find clean ice. Ice that hasn’t been penetrated by the spikes because that has the most grip. You want to avoid the powder and snowbanks. I didn’t do a very good job of avoiding the snowbanks a few times.

It was a good time, a good experience and I ended up winning a heat race. But I was glad to get back to America and know where I can find water and not be cold.
And so, it all ends today.

I have the equipment behind me to finish inside the top 10 and I feel like that would be a good place to start. But I just have to finish all the laps and run a no-mistakes race.

I just need a starting point for my season because again, Daytona was not how I wanted to start between these two [Roush and Penske] programs. That’s where my mentality will be. And start off right with my competitors to gain the respect of the guys around me.

There are a lot of guys who have been in this series for a while and I want to be predictable and trustworthy out there. Those are my biggest keys to work on today – survive and be someone others will race around. 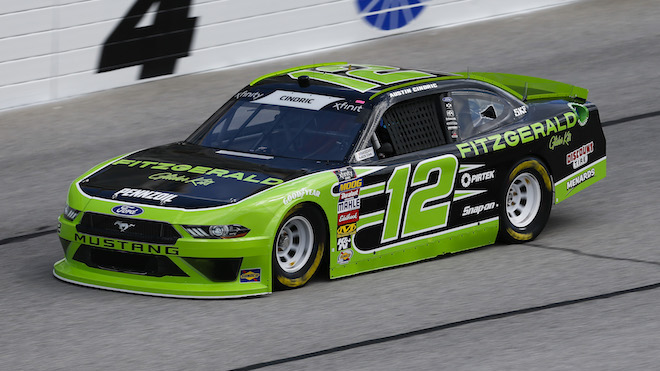