IndyCar CEO Mark Miles sat down with RACER at the recent Phoenix Open Test to discuss a variety of important topics facing the series as it heads into the 2018 season. In the first portion of a two-part interview, Miles opens with a deep dive on securing new TV and streaming broadcast deals.

With IndyCar’s TV contracts set to expire at the end of the upcoming season, the quality and reach offered by the next contract is more important than anything Miles will accomplish this year.

“I’m very focused right now on finishing our media negotiations for what’ll happen after this season,” he said. “And I’m encouraged – very encouraged, frankly – by the prospects for doing many of the things we sought out to achieve so that we have a better foundation for more fans watching IndyCar, both on linear broadcasters, and we’ll be, I hope, moving forward on an over-the-top (streaming) offering as well. And that’s so important as media changes and as we focus on keeping our fans and growing more and younger fans at the same time. 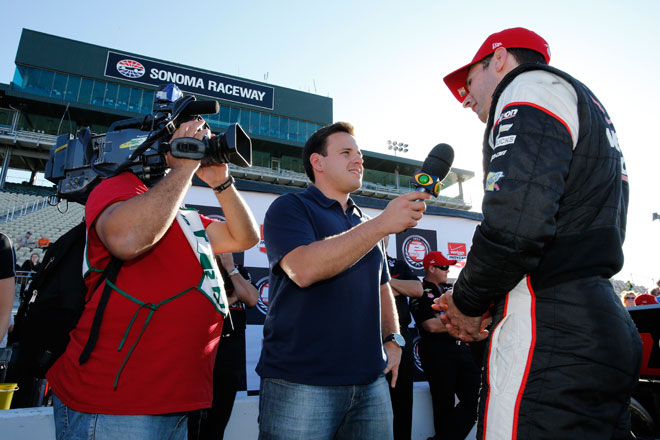 Miles and IndyCar’s executive team have been negotiating with broadcasters for more than a year, and with the constant evolution of digital services like Amazon Prime and Netflix, a desire for flexibility is driving the conversations.

Nearing the end of a 10-year contract with NBCSN, the changing nature of digital delivery has Miles looking at shorter agreements to ensure IndyCar can adapt to wherever the broadcasting market is headed.

“Well, first I’d say, I think I was involved in my first television negotiation for the 1987 Pan-American games, so I’ve been an observer and sometime participant of the media market in the States and globally for what’s getting to be a long time, and I’ve never seen the disruption (with digital) and the rate of change, even in the same ZIP code, as what it is now,” he said.

“Nobody can tell what things are going to look like in, really, only a few years. Change is a constant and the pace of change is accelerating. One just needs to look at the media marketplace and see the mergers and the new configurations and the investments that others are making to know that. So our bias has been to go shorter, and that’s because I just don’t think anybody can crystal ball what [the next] 10 years looks like.”

“I think [the contract’s] got to be shorter rather than longer. I don’t think it’ll even be five years, and we just need to keep as much flexibility as possible. That’s how you deal with the dynamism in the marketplace. It gets much more complicated, even for a short-term deal, than simply going short, and that has to do with how good a deal can we make now.

“If we were just bowled away by everything, we might be interested in going a little bit longer, but not long, and we’re in the place now where we’re having, I’d say, probably two a day discussions with finalists for the rights, and – on a linear basis – some of those, you can’t have those conversations without talking about what you want to do over-the-top.” 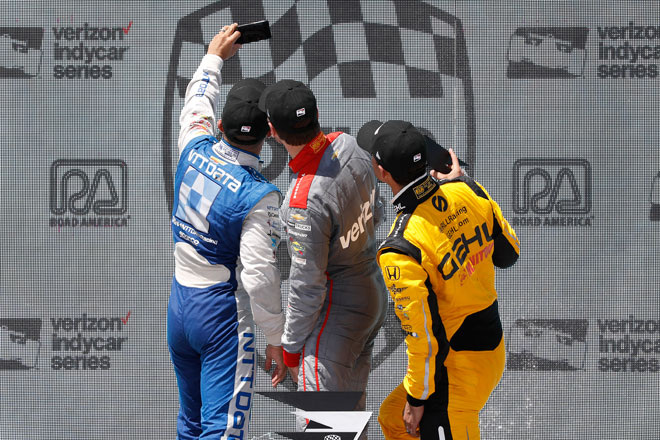 Compared to the point in time when initial discussions began, the process of negotiating with the big linear and streaming players has continued to move more in the direction of finding key over-the-top solutions than securing a big TV contract with streaming as a secondary, add-on component.

Although this fact might not come as a surprise for IndyCar’s younger viewers, its core demographic – older males who consume the races through network or cable television – will need to embrace the continual shift toward streaming presentation.

“So, first, you have to understand the aspirations of perspective linear partners from an over-the-top perspective,” Miles added. “Let’s just give one example of that. Disney, ABC, ESPN, all those things, on their platforms, are an interesting case study where different investments have been made that are serious.

“ESPN is very serious about soon launching their over-the-top platform – as they have seen a continuation of cord cutting and skinnier bundles and all that goes with that, they’ve understood how important it is that they play in the over-the-top space and take it seriously. So, no longer do I think in their case, that that is a defensive matter, but really part of their future in a serious way.

“ESPN Plus will get launched, probably before we get to Indianapolis, and it’s a big investment, a very serious undertaking for them. NBC, for example, has NBC Gold. They’re probably a little more flexible about how we might approach them for a linear deal and what over-the-top arrangements might be made, but everything is connected to everything else.”

Hopes for IndyCar’s next over-the-top partner to flood the series with riches beyond measure have also passed.

“I thought a year ago that disruptive players like Amazon Prime and Facebook and even Twitter would be making a market more by now than they are,” he said. “They have kind of not really jumped in, in live sports to the extent that one might’ve thought, but it can’t be very far away.

“So in the near term, I don’t think it’s a big bonanza. I know there were people who thought Amazon has more money than Fort Knox and they can have their way with anything, and maybe they could, but they’re not doing that yet. I don’t think there’s an economic strategy outcome in the next two, three years, which is a game changer financially.

“It really boils down to the details and the discussions with the linear guys and how you can marry that with those over-the-top possibilities that are out there and readily available. All this, again, argues for relatively shorter [contracts] rather than longer.”

Catch the rest of the conversation, including Miles’ odds on whether IndyCar’s broadcast and streaming contracts will be held by the same host, in Part 1 of the interview below: