Bittersweet sign-off for Pruett at Rolex 24

Bittersweet sign-off for Pruett at Rolex 24

It’s now official: Scott Pruett has called it a career

Attempting to savor every moment in a weekend that brought a 50-year racing career to a close, Scott Pruett hung up his helmet Sunday after posting a 10th-place finish in the GTD class, driving the No. 15 3GT Racing Lexus RC F GT3.

“We had some issues with the Lexus, and in the last few hours, unfortunately one of the drivers got off course and had some damage,” Pruett said. “The plan was to try to get me in for the end, but with the damage unfortunately that didn’t happen. The No. 1 priority was to get to the checkered flag. You’d like to get there first, but first you want to get there.”

Pruett goes down in the history books with five overall triumphs in the Rolex 24 – sharing the lead in that category with Hurley Haywood. Pruett also leads with 10 class wins in the event. He also is the leader with 60 victories in major North American endurance sports car competition.

“It’s shocking at how far this event has come,” said Pruett, who first raced at Daytona in 1995. “I see it continually getting bigger into the future, with the level and amount of cars getting involved in the series. I think there are 17 manufacturers involved, which says a lot about the health of the sport. It all translates here. The Rolex 24 is the event that kicks off everything around the world in racing, and everybody wants to be part of it.”

Pruett plans to remain involved with IMSA competition as a brand ambassador for Lexus.

“I’m not leaving [racing], but I’m certainly going to open a new chapter,” Pruett said. “Up until now, it’s been business as usual with the training and preparation of getting here. What changes is Monday, Tuesday and Wednesday. I think it’s going to be in a week or two when it’s really going to hit, when I’m not packing my bags for the test at Sebring.” 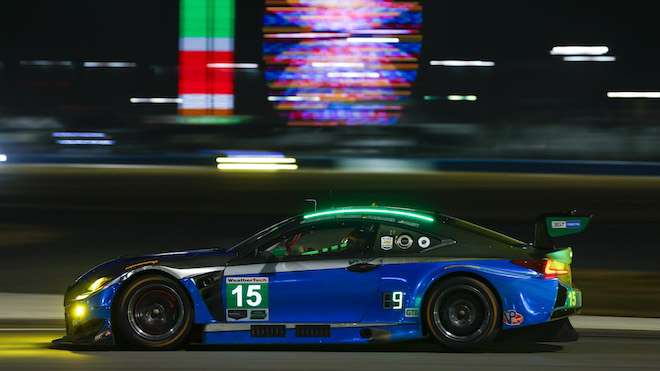 For his final race, Pruett spent the majority of time racing under difficult conditions.

“The majority of my driving was last night from about 8 p.m. to 7 a.m. this morning. I’ll remember the darkness at Daytona, and all the craziness that happens at nighttime – along with a little rain. Those are all great, fond, wonderful memories. We had really good pace for the start of the race, but we couldn’t maintain it.” 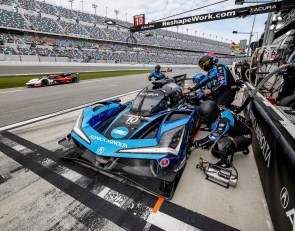