Rallye Monte-Carlo, the oldest and most famous rally in the world, kick starts the 2018 FIA World Rally Championship and this year runs one week later than normal (25-28 January). While essentially an asphalt rally, the event’s winter slot in January almost certainly guarantees a tricky mix of dry and wet roads, treacherously slippery ice and snow. As such, tyre choice is always a gamble and compromise, as all these conditions could be found in one stage requiring drivers to be able to read the road, manage pace and tyre wear throughout not just one stage but an entire loop.

The teams now have one year behind them with the new generation of World Rally Cars, but competition is sure to remain as fierce and unpredictable as each manufacturer demonstrated rally-winning pace in the debut season with the cars. While most of the driver line-ups stay the same, there are nevertheless some exciting new combinations sure to add another dimension in Monte-Carlo. Reigning FIA World Rally Champion Sébastien Ogier remains with M-Sport Ford with Elfyn Evans as his regular team-mate. Bryan Bouffier, however, joins the squad as something of a specialist with eight starts and one victory to his name. Hyundai will be fielding Thierry Neuville, Andreas Mikkelsen and Dani Sordo, who returns this season with former co-driver Carlos del Barrio. Ott Tänak will make his debut for Toyota, partnering Jari-Matti Latvala and Esapekka Lappi, both of whom won events for the Japanese marque in its first season back in the WRC last year. Citroën regulars Kris Meeke and Craig Breen round off the manufacturer entries for the all-important season-opener.

The FIA WRC 2 and WRC 3 Championship crews will be back in action and Rallye Monte-Carlo is also the opening round of the FIA RGT Cup.

Before any of the action gets underway, however, the WRC Season Opening celebration will kick off the 2018 FIA World Rally Championship in Monaco on Thursday afternoon. 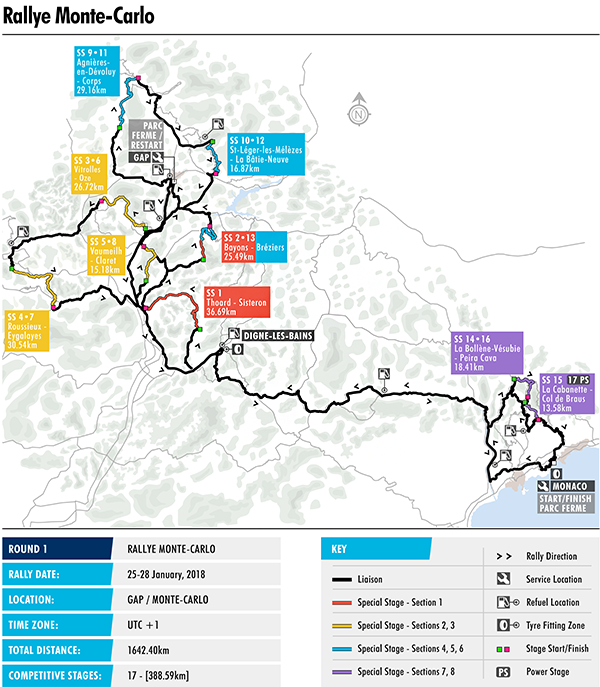 As ever, Casino Square in Monte-Carlo will host the start ceremony on Thursday and the crews immediately head into the first two night stages as they make their way back to Gap for the overnight halt. Thoard-Sisteron is effectively new, running in the opposite direction for the first time in the WRC. Friday the drivers head south of Gap for the longest day of the event covering two loops of three stages and 144.88 competitive kilometres, Roussieux-Eygalayes and Vaumeilh-Claret new to the itinerary this year. Saturday is another long but largely familiar day and takes the crews back to Monaco for the overnight halt. Sunday’s two stages see the drivers twice over the iconic Col de Turini and La Cabanette-Col de Braus, which is again new this year and will also run as the closing Power Stage. The traditional prize-giving then takes place in front of Monaco’s Place du Palais Princier, one of the highlights of the season.

Three stages will be broadcast live on television; SS12, SS15 and SS17, with all stages also available live on the newly launched WRC All Live on the WRC+ platform.

The Accreditation Centre is located at the Centre Omnisport COSEC, Avenue de Traunstein, Gap. The opening hours are:

RALLYE MONTE-CARLO TIMETABLE AND MEDIA OPPORTUNITIES ORGANISED BY THE FIA 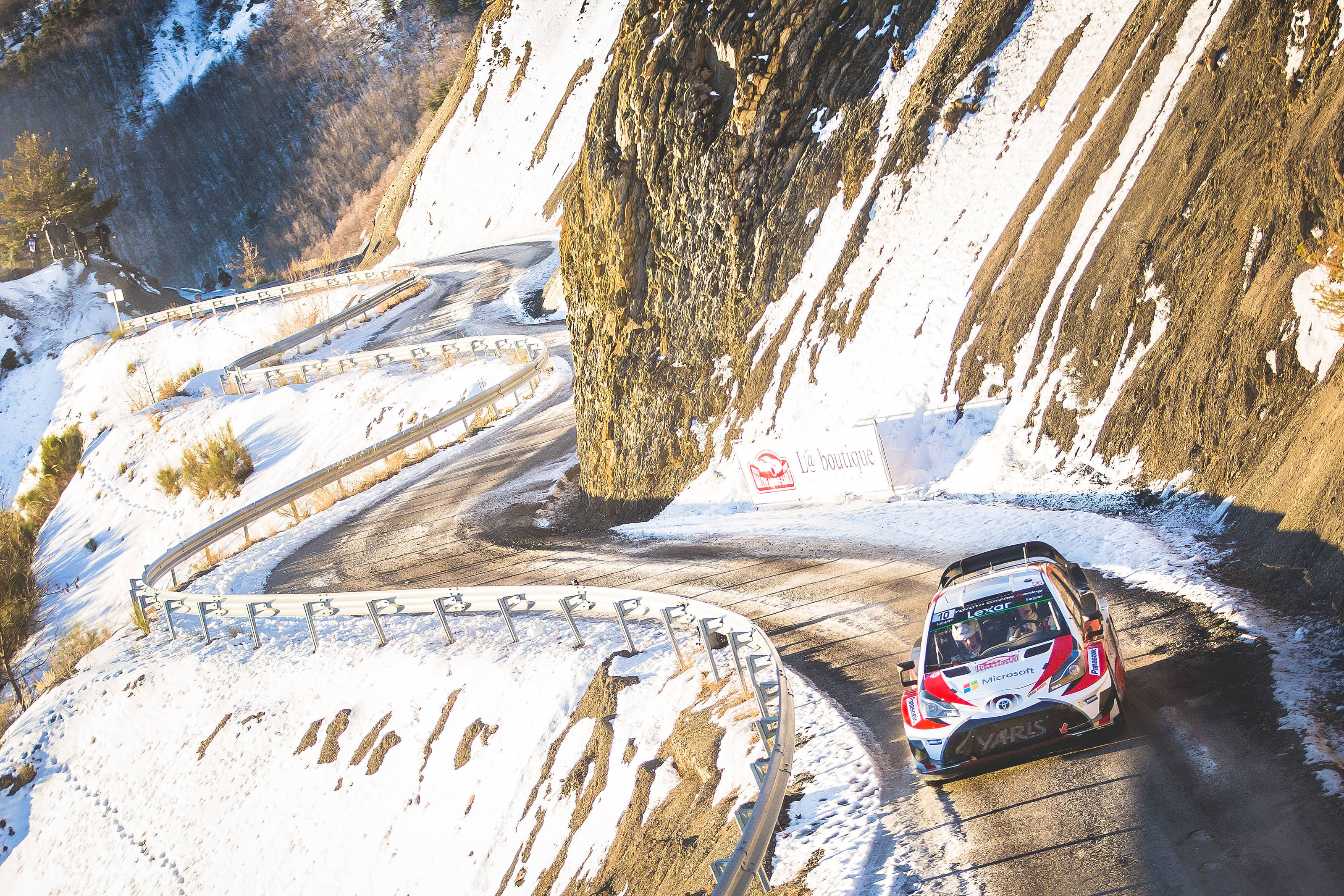