Iconic race driver, team owner and constructor Dan Gurney died Sunday at the age of 86. Gurney passed away due to complications from pneumonia.

“With one last smile on his handsome face, Dan drove off into the unknown just before noon today, January 14, 2018,” Gurney’s wife Evi and family said in a statement. “In deepest sorrow, with gratitude in our hearts for the love and joy you have given us during your time on this earth, we say ‘Godspeed.’”

Born in New York but raised in Southern California, which remained his home for the rest of his life, Gurney was renowned as one of the fastest and most versatile drivers in the sport’s history.

The two driving feats for which he is best remembered – the 24 Hours of Le Mans victory that he shared with A.J. Foyt in 1967, followed by a win at the Belgian Grand Prix in an Eagle Formula 1 car of his own construction – were made all the more notable by the fact that they occurred just a week apart. But more remarkable still is that they only begin to scratch the surface of his achievements.

He was the first driver ever to win races in Formula 1, NASCAR and IndyCar: a feat that has only been matched since by Mario Andretti and Juan Pablo Montoya. He was a race winner in Can-Am and Trans-Am. He invented the podium champagne spray. He pioneered the use of full-face helmets in F1. He gave three F1 teams their first victories. And he oversaw the creation of one of the most beautiful Formula 1 cars ever built in the Eagle Mk.1. 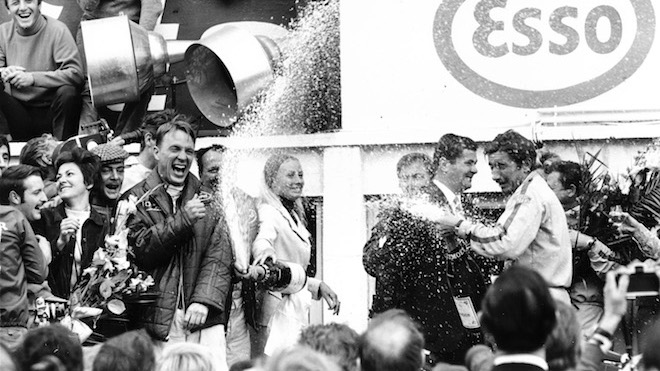 A product of the postwar West Coast’s vibrant car culture, Gurney’s first big break came when he dragged the fast but terrifying Arciero Special – a Mistral powered by a reworked 4.2-liter Maserati engine – to second place in the inaugural Riverside Grand Prix in 1957.

That performance turned the head of famed North American Ferrari importer Luigi Chinetti, and the following June Gurney found himself sharing a factory 250 Testa Rossa with Bruce Kessler. The latter crashed, but Gurney’s performance behind the wheel helped pave the way for him to make his F1 debut with the Scuderia at Reims in 1959. His three subsequent F1 appearances with Ferrari yielded two podiums and a fourth, but his dislike of the team culture steered him toward a drive with BRM the following year.

A largely frustrating year punctuated by a tragedy at Zaandvort, where a young spectator was killed after Gurney suffered a brake failure, opened the door for a move to Porsche in 1961, and in 1962 he claimed his first F1 victory at Rouen (below). 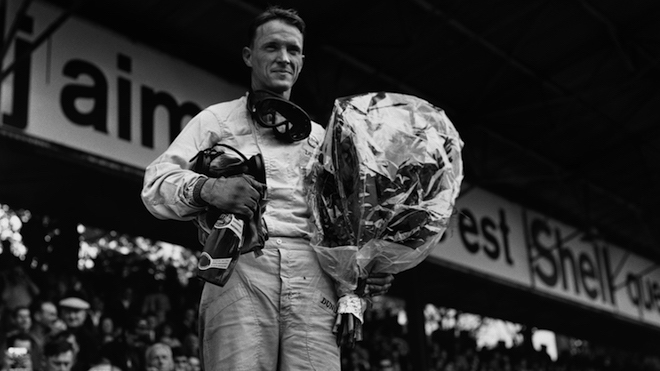 A three-year stint at Brabham yielded another two wins, but by this point, plans that Gurney had been hatching with Carroll Shelby to create an American car that could compete with Europe’s best were creeping closer to fruition. 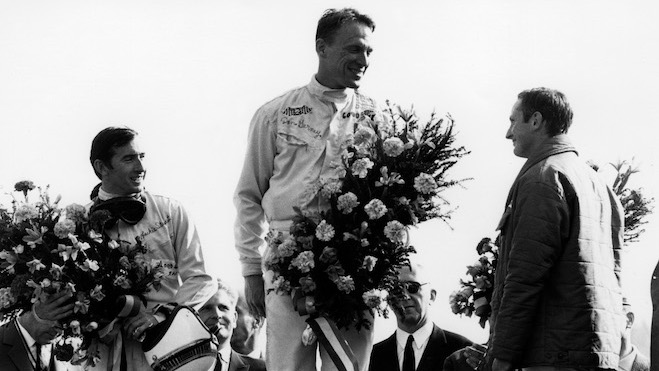 The product of that dream – the AAR (All-American Racers, or Anglo-American Racers in its F1 guise as a nod to the British Weslake Engine) Eagle Mk.1 made its debut at the beginning of the 1966 F1 season. Reliability was an issue, but when it finished, it tended to finish strong: The win at Spa in ’67 was accompanied by a podium in Canada that same year, and a heartbreaking near-miss in 1967 when the car suffered a failure while leading by 42 seconds two laps from the checker at the Nurburgring.

A driver who fully embraced his era’s opportunities for diversity, Gurney routinely dovetailed his F1 program with other events. He made eight appearances at the Indy 500 between 1962 and 1970, finishing second twice in Eagle-Fords, and won seven Champ Car races from 28 career starts. 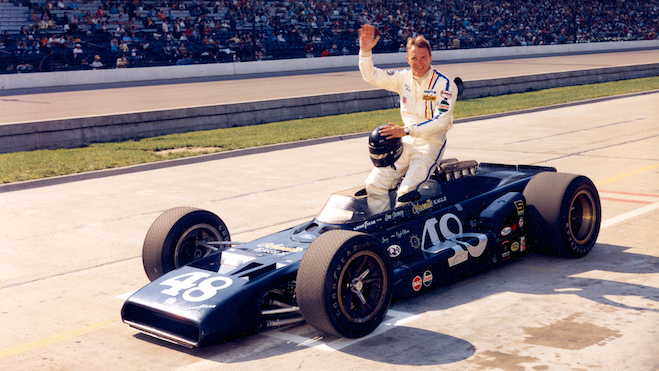 Indy cars also gave rise to perhaps his most famous engineering breakthrough, the Gurney flap: a small tab projecting from the trailing edge of a wing that generated substantial additional downforce. First introduced on Bobby Unser’s car at a test at Phoenix in 1971, after Gurney had retired from driving, the device remains in common usage across motorsport and aviation to this day.

In NASCAR, his name was synonymous with Riverside: He earned five Grand National wins there during the 1960s, four of which were with Wood Brothers Racing, and also made three career appearances at the Daytona 500 with a best finish of fifth with Holman-Moody in 1963.

Following his retirement from F1 after a year with McLaren in 1970, Gurney turned his attention to full-time team ownership, and sat at the helm of AAR until 2011, when the team was taken over by his son Justin. His car were formidable on the track, claiming 78 victories across all categories, including the Indianapolis 500, the 12 Hours of Sebring, and the 24 Hours of Daytona. And Gurney himself remained a formidable figure outside the cockpit, penning the famous ‘White Paper’ in 1978 that argued for a dramatic overhaul of the structure of American open-wheel racing, and representing a first step towards the formation of CART a year later.

AAR withdrew from CART for the first time in the mid-1980s, but enjoyed huge success in IMSA GTO competition, and later GTP with the ferocious Toyota-powered Eagle MkIII, which claimed 17 consecutive race wins and back-to-back drivers’ and manufacturers’ championships across 1992 and 1993. 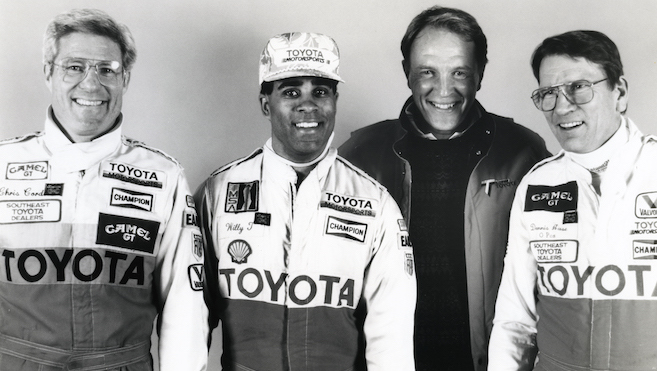 He is survived by his wife Evi, and sons Justin, Alex, Jimmy and Dan Jr. In accordance with his wishes, the funeral will be private.