Ed Jones accomplished a pair of firsts on Wednesday at Sebring as he turned his first laps behind the wheel of a Chip Ganassi Racing entry and also got his first taste of IndyCar’s UAK18 bodywork around the Florida road course.

Dense fog kept Jones, CGR teammate Scott Dixon, and all four Andretti Autosport drivers grounded until approximately 10 a.m., but once the fog lifted, the Briton ventured out and reported the same major takeaway expressed by other drivers who’ve sampled the universal bodywork.

“It’s been the first time I’ve been in a racecar since Sonoma, so it was good to get back in,” the former Dale Coyne Racing pilot told RACER. “The main area was the stability under braking was a lot less, which we expected. It’s still very enjoyable. You have to adapt a bit compared to how the old car was, but it’s the same for everyone. We had a very positive day I’m looking forward to getting back out there.” 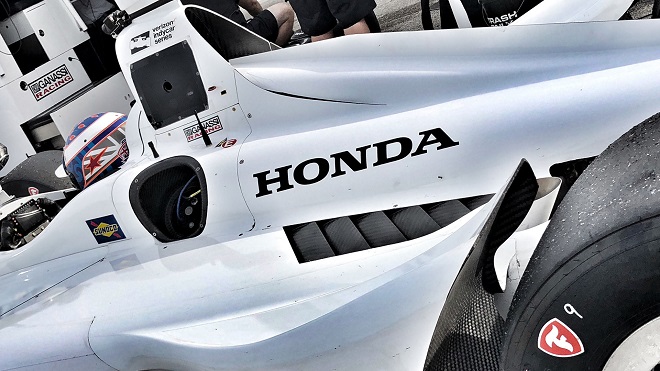 The Ganassi team has two contrasting driving styles to work with this year. At one distant end, four-time series champion Dixon produces mind-boggling speed with a car that squirms and slews sideways, and at the other end, Jones generates speed without the spectacular movement and oversteering motions.

One smooth and settled, one snapping and dancing…Jones believes both styles can succeed with the UAK18.

“Honestly, with the car with a lot less overall downforce, some people think that it’s better to be aggressive, but in my opinion, I think it actually helps out drivers who are a bit smoother,” the 22-year-old said. “You have a lot less grip, you’ve gotta reduce the amount of sliding you do, and being smooth, you can optimize the most out of that. I think it will be different strengths for different drivers in certain areas. I think [the 2018 bodywork] suits me quite well. In the past I haven’t been one to be sliding a lot, so it is something I’m going to adjust to.”

Jones also sees value in adding some of Dixon’s game to his own.

“I did a lot of laps and there’s a lot I can learn from – already comparing to Scott and seeing what he does differently and how I can improve myself to do those things as well,” he continued. “I’m going to study the data and video a bit more, to see where with this car I can take advantage of it.”

Coming from IndyCar’s smallest team – at least in terms of funding – to landing with one of the series’ most successful outfits has been an interesting progression for a driver in his sophomore season.

“Both teams work extremely hard, both teams are really good as well,” Jones said while contrasting DCR and CGR. “The difference, obviously, is with Ganassi there’s a lot more resources and a lot more people, so they’re able to do some things better. [The first test] went really well. I was pleased how we all worked together. There’s a huge amount of experience in the team. This was my first day with them, so I tried to learn as much from them as I could.” 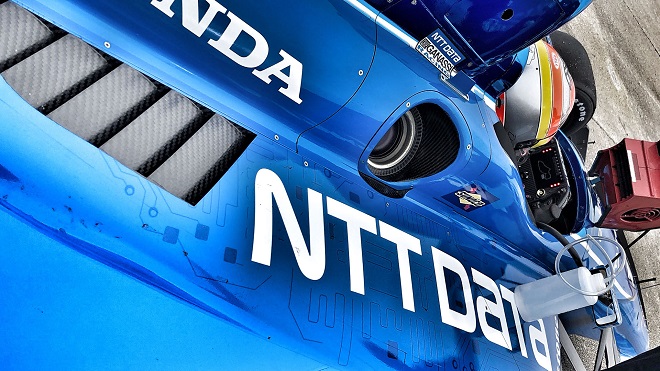 Another interesting element from the Sebring test, which became an overriding concern for every team, was the lack of spare UAK18 bodywork parts and pieces. Without spares to use in the event of a crash, drivers kept themselves in check during the five-hour Tuesday outing and the all-day Wednesday run.

“I had quite a few moments today; you want to push, but at the same time, the kits are very limited [so] you can’t afford to damage a piece because you wouldn’t have been able to keep running,” Jones confirmed. “Although we were pushing, we were going below the optimum to save everything.”

The next test for Jones in the No. 10 Honda will come at Phoenix in February.