Sergio Perez has praised the FIA for making “a very brave decision” by enforcing the Halo to be introduced in Formula 1 from the 2018 season onward.

This year’s cars will all feature the cockpit protection device, designed to protect the driver’s head from large items of debris. Reaction to the Halo has been mixed, with the drivers who support its implementation admitting it has a negative impact on the aesthetics of the cars, while others wanted the sport to retain a fully open cockpit. Perez agrees that the addition is not pleasing to the eye, but he says its importance in improving safety makes it a strong move by F1’s governing body.

“I think it’s a very good decision and a very brave decision from the FIA,” Perez said. “We’re pushing on safety, and I think it also shows this generation of drivers definitely are pushing for safety and not only for Formula 1, but for other categories.

“When you see the Halo, if you had the Halo in the last 10 years, we would have saved a couple of lives already in the sport. Well done to everyone. I think it’s something that other sports should be proud of. Although I don’t like the look, it’s something worth it.”

The cockpit protection device adds an additional challenge for teams both aerodynamically and in terms of the loads it must withstand, but Perez is hopeful the Halo will soon be accepted by fans if the racing improves.

“Halo, it’s definitely hurting a lot the aerodynamics on our side, but it’s the same for everyone. It’s a safety thing. After three, four races we will get used to it,” he said. “In Formula 1, everything is changing very quickly. I expect and I hope that this year will be a really interesting year with all the teams closing up. It will be a great year. I hope Halo after two or three races, nobody talks about it any more.”

The Halo will also be seen on the Formula 2 car this year as well as some regional Formula 4 series, while Formula E will implement it when it introduces a new car for season five later this year. 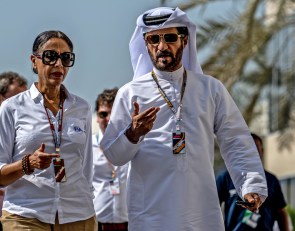