It should come as no surprise that Corvette Racing will head back and defend its IMSA WeatherTech SportsCar Championship titles with the drivers who’ve made the Michigan-based team a perennial contender.

The factory program confirmed the reigning championship GT Le Mans duo of Antonio Garcia and Jan Magnussen will helm the No. 3 Corvette C7.R, and 2016 GTLM champions Oliver Gavin and Tommy Milner will remain in the No. 4 Corvette. Their partners for the North American Endurance Cup were not announced by the team.

“I am very happy to return with Corvette Racing for 2018,” said Garcia, who recorded IMSA’s drive of the year on the road to victory at Sebring. “It is always a big challenge fighting with our competition in GTLM, and no doubt it will be more difficult again next season. We just need to keep doing what we did in 2017 – four race wins for our program and another GTLM Championship with great support from Team Chevy.

“We learned a lot this past year on how to maximize our results, win races and win championships. For sure, the same teams and cars we battled last year also will have learned and come back strong. As a team, we have to continue to be smarter to stay out front. That has been the best thing about Corvette Racing over the years, and I hope we can do it again in 2018.” 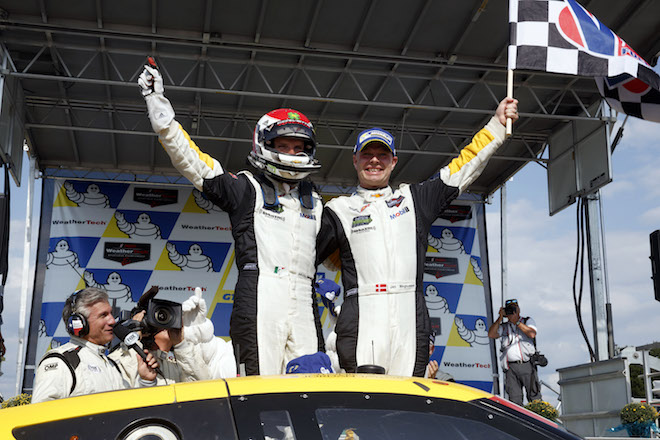 “It’s always a privilege being with Corvette Racing,” Magnussen added. “One of the strongest and most valuable aspects of our program is the continuity we have. It plays a massive role in the team’s success – on the engineering side, on the crew side and on the driver side. This makes things so much easier when we all know our strengths and weaknesses. We can work to that. There are no unknown quantities. To continue to be a part of this team is a great honor. This is a fantastic group, and I’m very proud to be part of it.”

Coming off a consistently frustrating 2017 season, Gavin will look to reassert the No. 4 C7.R as the entry to beat.

“We know exactly what we need to do and how to execute in order to win races,” he said. “Once for us in 2017 wasn’t enough, however. We felt we were in the hunt a number of times but crazy, crazy things ended up happening. It was a great year for Antonio, Jan and the No. 3 Corvette in winning the GTLM championships. Let’s hope that for 2018 and the 20th year of Corvette Racing that both cars can have strong runs and stand on the top step at numerous races throughout the season.” 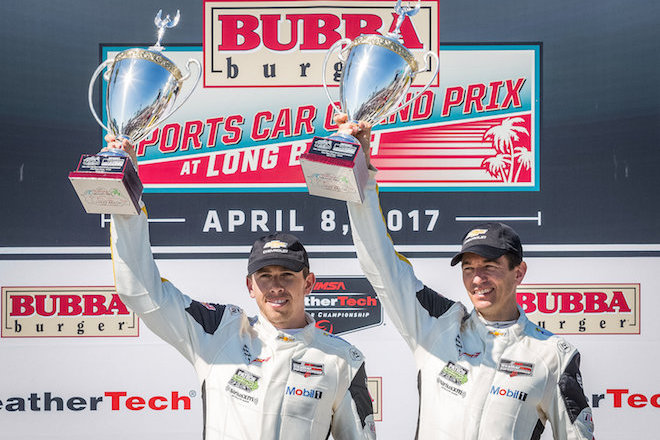 As the lone American full-timer in the proud American team, Milner sees continuity as the key to having both of the yellow Corvettes in the hunt for a third consecutive title.

“This will be my eighth year with Corvette Racing, and I can see how being part of a program for this long with this much consistency has made me a better driver over the years,” he said. “It makes the start of a season easier. There is no learning process or getting a feel for the car or team. You jump right in and you’re off running from the first practice session. We build off those sessions and each race. That consistency is fantastic. Looking at the history and success of this partnership between Corvette Racing and Chevy for now 20 years, the consistency has been a large part of our success. So I’m happy to be back with this incredible group.”