Teams competing in TCA class will be rewarded for top finishing positions, and offered launch money for teams building their first BRZ tS to enter the series.

The limited-edition 2018 BRZ tS, which stands for “tuned by STI,” features extensive performance and tuning upgrades that make it the best-handling BRZ to date from Subaru Tecnica International, making it a perfect fit to go from the showroom to the track. 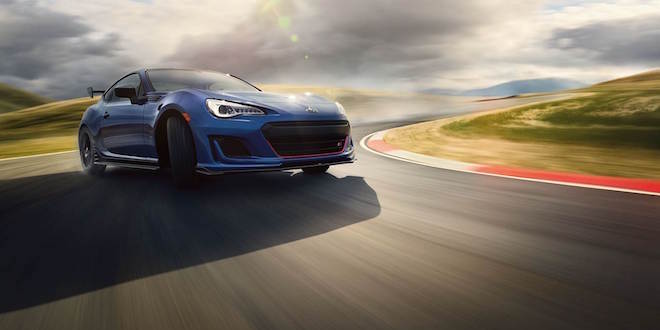 “We’re excited to work with both Pirelli World Challenge this upcoming season to support privateers in the TCA class,” stated Subaru Motorsports manager Rob Weir. “With its factory upgraded handling, brakes, and aero, the BRZ tS is a perfect fit for this class.”

2017 TCB champions TechSport Racing and driver P.J. Groenke will challenge for the TCA championship in Subaru’s new BRZ TS, the team announced Wednesday. The New York-based team, which switched to the Scion FRS in 2017, has four car builds in progress with the possibility of more in the pipeline.

“We are extremely happy and want to say congratulations to Subaru for entering the series” TechSport Team Principal Kevin Anderson said. “We are confident that this new Subaru BRZ TS will be the car to beat next year and it is our goal to deliver the TCA Manufacturers championship for Subaru. We have really hit the sweet spot with the setup on these cars, everyone that has driven our cars has loved them, and we honestly feel the cars have the potential to win every race. We would also like to thank Subaru for offering a generous contingency program!”