In RACER Magazine: Proof of concept

In RACER Magazine: Proof of concept

Let manufacturers add their own styling cues and motive power to a standard P2 car and call it a Daytona Prototype international. Simple? Perhaps. Successful? Definitely.

Viewed through the prism of time, there’s every reason to believe we will look back at 2017 as the start of something spectacular with IMSA’s Daytona Prototype international formula.

One year in, the concept of customized P2 prototypes, clothed in manufacturer-inspired bodywork and powered by a variety of engines from Cadillac, Mazda, and Nissan, can be hailed as a clear success. Even the massively cynical types from the French ACO and FIA World Endurance Championship organizations concede the American take on 2017’s P2 reboot was nothing short of a home run. 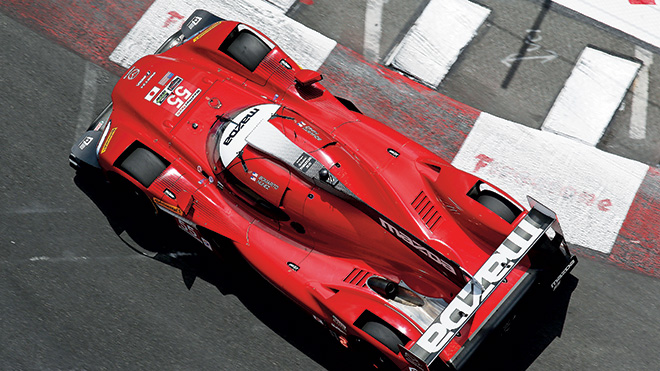 Unmoved by the long-distance praise, proud members of the home team say DPi’s instant traction was easily predictable from the outset. Recognition from the international prototype community, no matter how begrudgingly it came, was also something of an inevitability.

“I think that the DPi formula has caused the world to stop and think about the future of endurance sports car racing in the prototype category,” says Mazda Motorsports boss John Doonan, whose shapely RT24-P DPis will return in 2018 under the Mazda Team Joest banner.

Mazda’s Season One rivals share a similar degree of ownership for breathing life into the first truly unique IMSA prototypes since the heady days of GTP. 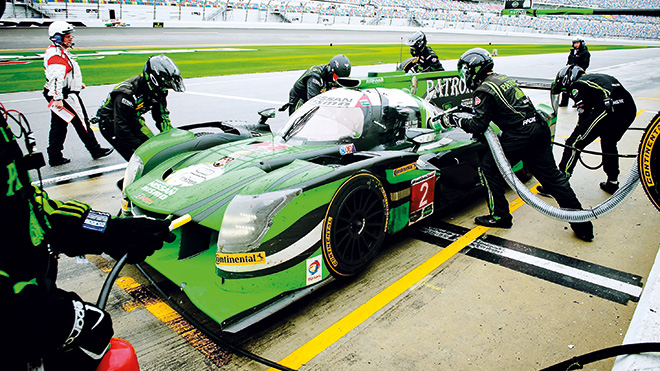 “DPi, in my mind, is the future of sports car racing and I think this year has proven that, both on the success the DPis had, and from all the stuff that’s going on in the rest of the sports car world, where prototype counts are struggling,” says Scott Sharp, who brought NISMO and Ligier together to create the Nissan Onroak DPi for his Tequila Patrón ESM team. Achieving diversity at the P2 level, with a sanctioning body keeping tight reins on costs, is where driver/owner Sharp believes IMSA has excelled in 2017.

“I think fans don’t want to see plain vanilla, ‘Everybody’s got the same car and same engine,'” Sharp opines. “They like to see some variety, and all the DPis look unique, which is another success for this class. But at the same time, variety leads to development, which leads to humongous budgets, which usually ends with a serious pricing itself out of the market.

“It’s a balance for the sanctioning body between how do we keep this interesting enough for the fans, with different unique cars and combinations, while at the same time, trying to keep it in a box that keeps the budget reasonable. I can say that as a team bringing a DPi into the series, it’s working out the way we wanted it to.”

Wayne Taylor, whose team became the first champions of the DPi era fielding Cadillac’s all conquering DPi-V.R, shares history with Sharp back to IMSA’s GTP series, when the two raced for personal glory. As team owners, the upside of DPi is where they’ve cast their lot.

“Potentially, this could be the best sports car series in the world,” says Taylor, whose sons Ricky and Jordan clinched the title, built on five consecutive early-season wins for GM’s luxury brand.

At the series level, IMSA’s president is imbued with the same optimism. 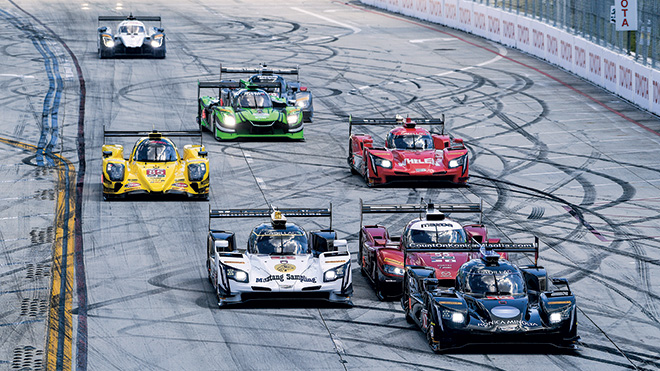