Jenson Button has revealed he intends to race full time in the Japanese Super GT series next year, marking his return to regular racing after a year’s sabbatical.

Button, the 2009 Formula 1 world champion, signed off as a regular in F1 with McLaren-Honda in 2016, but remained a reserve driver for the team while filling in for Fernando Alonso at the Monaco Grand Prix, while the Spaniard raced in the Indianapolis 500. Button also made a one-off appearance in Super GT and hinted earlier this year that he was considering various options for 2018, but announced at the Honda Racing Thanks Day festival at Twin Ring Motegi that he has opted for the Japanese series.

“I’ll be racing for Honda and have a contract to race with Honda in Super GT in 2018,” Button said. “It’s been a dream for the last couple of years, I love the category. I did one race in Suzuka this year, and it got me very excited.” 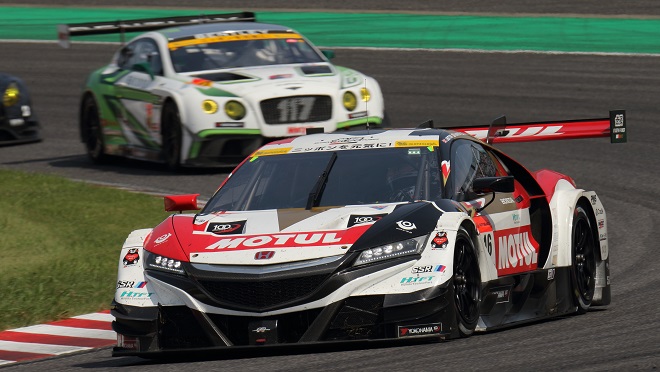 Button, 37, raced for Team Mugen in his Super GT debut at Suzuka (pictured above) but declined to say which Honda-equipped team he would be driving for or who his co-drivers would be.

“I’m very excited about the new season. There’s a lot of testing to be done to feel comfortable and hopefully improve the package and go out next year and be competitive,”
he added.