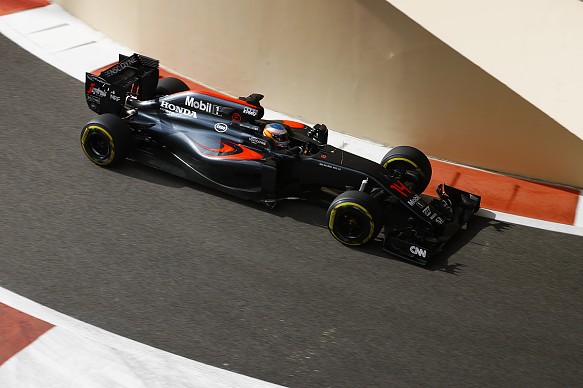 Incoming McLaren executive director Zak Brown has targeted landing a title sponsor for the 2018 Formula 1 season, accepting that it is likely too late to do so for next year.

McLaren has been without a title sponsor since its Vodafone deal concluded at the end of 2013. Brown, who starts his role at McLaren next month, described changing that as critically important.

“Clearly, a title partner is something that, on a commercial basis – and it is something that I am most linked to – is going to be critically important,” said Brown. “But I would start taking a look at 2018.

“2017 is already here and I don’t have any tricks up my sleeve on that one yet.”

Brown described bringing in more sponsors as one of the three key objectives when asked about his new job.

“I don’t think there is a number one,” he said. “There are three legs to the stool, and we need all three to be successful for it to be a good ecosystem.

“The first is the fans. I think we as McLaren and F1 as a whole can improve our engagement with our consumers – the more fans we get the more sponsors we get, and we want our fans buying our sponsors’ products and services.

“And, the more sponsors we get, the more money we can put into our race team to go faster, and the faster we go the more fans we are going to get because they like the teams that are at the front.

“All three of those are critically important and we need to get all three right – just getting one right won’t make the whole system work.”

• ‘McLaren will get back to winning,’ Brown pledges 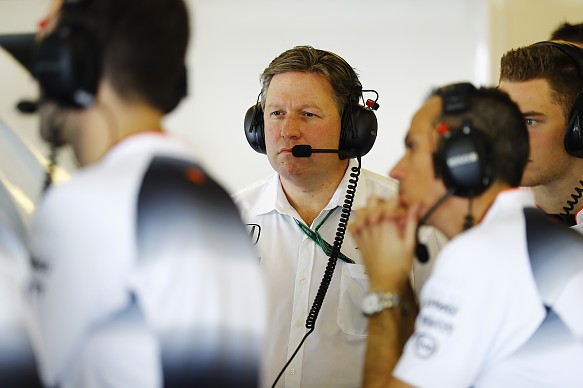 When asked why McLaren is now in its third year without a title sponsor, Brown – one of motorsport’s leading commercial figures – admitted that landing such deals have has become a complex task.

“It is a difficult environment for all of us,” said Brown (pictured above). “There are some serious headwinds out there in this world, whether it is Brexit, or the U.S. election.

“It’s not an inexpensive sponsorship. It is great value – it is global, so when you break it down it is money very well spent. But I’ve not been on the inside [at McLaren] so I don’t know how many near misses they have had.

“By no means do I have a magic wand and think having a title partner for 2018 is going to be an easy feat.”

Brown suggested flexibility would be the key to landing a sponsor given the demands of such deals have changed dramatically in recent years.

“I’ve got 22 years of experience of working with corporate partners, so I think I’ve got a very good understand of what they want and how they operate,” he added. “That is different today to how it was five, 10, 15, 20 years ago.

“Measurement is critical, return on investment is critical and we have more competition among other sports than we’ve ever had. It’s going to be hard work understanding the marketplace. Flexibility will be key.”