MOTOGP: Rossi sent from second to 20th in practice

MOTOGP: Rossi sent from second to 20th in practice 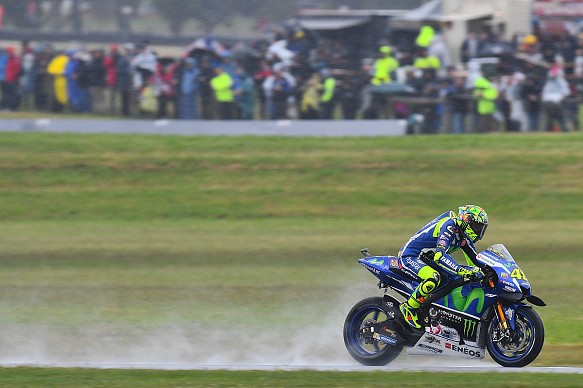 Yamaha’s Valentino Rossi has had the bulk of the laps he set in first MotoGP practice for the Australian Grand Prix wiped for exceeding a tire restriction.

Rossi finished the opening session at a wet Phillip Island in second place, 0.041 seconds behind pacesetter Cal Crutchlow. However the first of his two runs was 11 laps in duration on the super-soft front wet tire, and a limit of 10 laps had been set for the use of that tire this weekend.

The Italian was stripped of the times set when the Michelin “tire was used illegally”, and left with what he managed during his second run towards the end of the session when conditions had deteriorated.

That dropped Rossi from second to 20th in the order, one spot behind teammate Jorge Lorenzo, whose struggles in wet conditions continued on Friday morning.