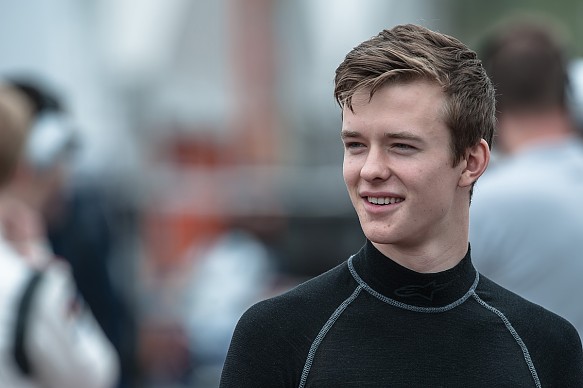 Calum Ilott claimed pole position for the Masters of Formula 3 qualifying race at Zandvoort, just 12 thousandths of a second quicker than the opposition.

In the absence of Prema Powerteam, which dominated last month’s European championship races at the Dutch venue, the way was left clear for different teams to fight for glory on a circuit at which they have already raced this season, albeit with the need to adapt to control tire supplier Kumho’s rubber.

Run in dry and cool conditions, the half-hour session was largely dominated by the Motopark team. But Van Amersfoort Dallara-Mercedes driver Ilott, who had topped both Friday practice sessions, put in a lap with just four minutes remaining to top Joel Eriksson’s Motopark Dallara-Volkswagen.

F3 returnee Alex Albon was third, the GP3 title contender briefly quickest early on but lost out to the drivers on a second run later in the session.

Outside the top 10, Harrison Scott was 11th in the second Hitech GP car originally earmarked for Nikita Mazepin, with Colton Herta for Carlin 12th, bouncing back from an off in Friday’s free practice period.