F1: Hamilton 'way off the pace' in Austria

F1: Hamilton 'way off the pace' in Austria 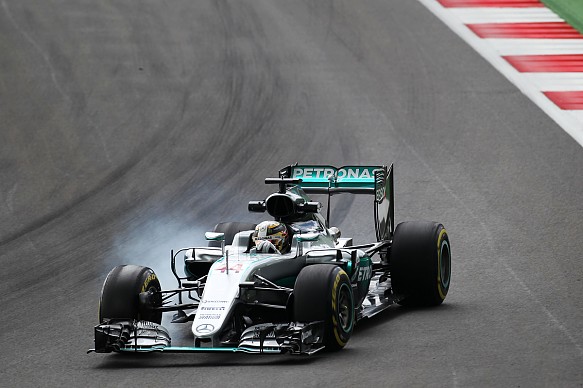 Lewis Hamilton described his performance in Austrian Grand Prix Formula 1 practice as “way off the pace” at the Red Bull Ring.

While the reigning world champion ended practice two just 0.019s slower than Mercedes team-mate Nico Rosberg, he was three tenths down in the faster opening session, and Rosberg aborted a much faster lap in the afternoon.

“I usually get there eventually, but right from the get-go I just don’t feel great on this track,” said Hamilton. “I don’t know why; it’s just in me. The car’s fine.

“We’re not that quick, but I hope I can pick up the pace tomorrow. I’m way off the pace. Nico is much quicker, so I’ve got to find that.

“[My lap] wasn’t a great lap, and Nico’s lap wasn’t a true showing of his pace. At the moment he has been much faster. I need to find a lot of time. Very slow today, just everywhere.

“I was on a Sunday drive today, I don’t know why, I wasn’t driving as spectacularly as I often do.”

Hamilton believes the new surface at the Red Bull Ring and the introduction of the ultra-soft tire could spice up the race on Sunday, with rain also a threat to mix things up.

“When it’s a one-stop race, jeez, it’s so boring. “If it rains like it did today, only on half the track, that could be awesome. The fans here deserve a good race so I hope one way or another it is fun.”

Rosberg expects Hamilton to get up to speed by the time it counts later in the weekend, and he also believes the tire situation will make the race play out differently to the last two years.

“It was a decent start to the weekend but Lewis didn’t really show what he can do,” said the championship leader. “I’m not worried; I’m well aware he’s going to be fast and it’s always going to be difficult to beat him.

“Starting the race with the ultra-soft, they seem way too soft on this track. They are quick but they disintegrate very quickly, so that could mess things up.”