F1: 'Frustrations' made me stronger - Ricciardo

F1: 'Frustrations' made me stronger - Ricciardo 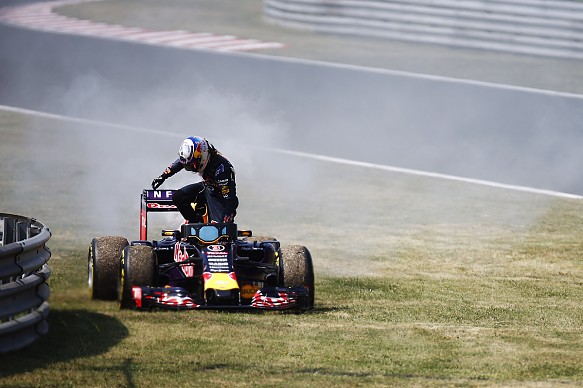 Red Bull’s Daniel Ricciardo says the struggles he endured during the 2015 Formula 1 season have boosted his motivation and helped him extract more out of his talent.

The Australian won three races in a breakthrough year in 2014, overshadowing his then-teammate Sebastian Vettel, but failed to come close to that form last season as the Red Bull-Renault package lacked performance.

The team has had an upturn in form this year, with Ricciardo coming close to victory in Monaco only to lose out because of a pit stop mix-up.

He admitted to taking a few days to “cool off” before dissecting the mistakes in Monte Carlo and then moving on.

Asked if he felt tough times such as 2015 ultimately boosted him, Ricciardo replied: “Definitely.”

“I feel that each year in the sport, I’m learning more but I’m also wanting more out of it,” he told Autosport. “This is good for my hunger. It can lead to some frustrations when things don’t go well but I don’t feel it’s affecting me in the car.

“If anything, it’s extracting more out of me.”

Ricciardo added that his new teammate Max Verstappen, who replaced Daniil Kvyat after the Russian Grand Prix, is helping push him and the team on.

“With Max now it’s been really cool,” he said. “We are pushing each other and the team sees that and they are excited about the line-up we have. We are all super-competitive but it’s pushing the team in a good direction, and a strong direction.

“In my mind it’s pushing us towards a championship car in 2017 and I hope that’s what we can get for the next step. The chassis, we can lean on it and you can feel it work and that’s good. You get that confidence back in the car; you get the confidence like in Monaco to show it.”