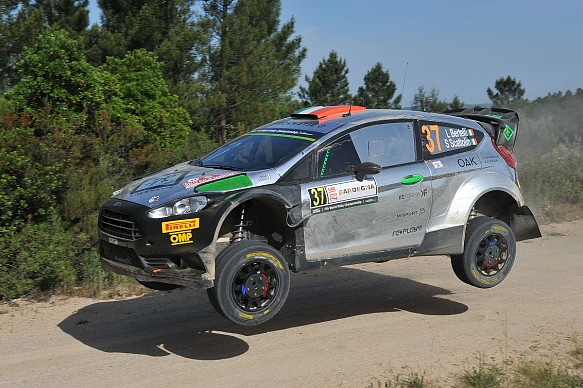 The FIA’s World Motor Sport Council meeting has confirmed no privateer drivers will be allowed to enter next generation World Rally Cars in 2017. The news from the Turin meeting means private drivers must be entered on world championship rallies by a manufacturer team.

The sport’s governing body has been keen to clamp down on who drives next year’s more powerful and faster World Rally Cars. The FIA’s decision means an end to the private teams run by Lorenzo Bertelli and Martin Prokop, but M-Sport has a long history of entering private cars alongside its factory squad under the M-Sport World Rally Team umbrella. Private drivers will still be vetted by the FIA before they can take to the stages even under works banners.

M-Sport is the only team likely to be looking to run private cars next season. Volkswagen, Hyundai, Toyota and Citroen are expected to focus on three factory cars each.

“We have to control these cars, but I would rather do it a softer way than the superlicense,” he said. “Those cars will only be used by drivers entered by a manufacturer and approved by us. This gives us control.”

Mahonen was keen to prevent an under-qualified driver “going to Malcolm [Wilson] and putting his £1 million [$1.4m] on the table to drive the 2017 car.”

He added: “Today, you can put down the money and drive the car and we have no control over that. We will look at the merits of each driver who applies.

“Do we want the so-called gentleman drivers coming with these cars? No we don’t. And nor do we want 18-year-old drivers coming and doing their first world championship round in one of these, either.”

The WMSC has also confirmed manufacturers will no longer have to nominate a lead driver. Currently, each team has to identify one driver who will contest at least 10 of the 14 rounds. But there was no word from the FIA on plans to allow manufacturers to nominate three drivers, with the top two scoring points. There is strong speculation that rule, last used in 2003, will return next season.

The FIA has altered the allocation of points on WRC rounds running at reduced length. Starting next year, at least 75% of the stages must run to qualify for full points. Currently only half the rally needs to be completed.

Half points will be on offer from 2017 if between 50 and 75% of the route runs, while a third of the total points are taken for a rally running between 25 and 50%. Any rally running below 25% of its distance cannot offer points.