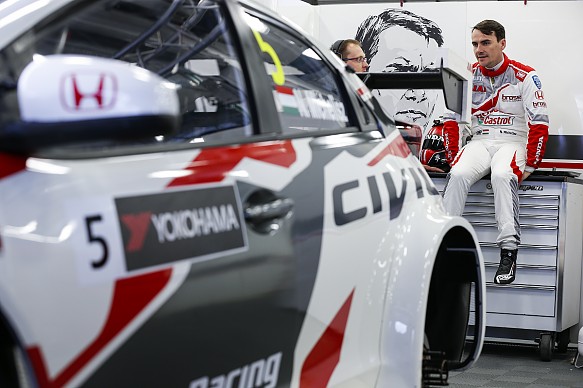 Michelisz and Muller traded fastest times early on in the half-hour before returning to the pits, with Muller’s Citroen teammate Jose Maria Lopez then propelling his C-Elysee to the top of the standings with his first timed lap. But on his return to the track, Muller, who remains without a win so far this season, leapt back to the top of the times with less than 10 minutes of the session remaining with a lap of 1m59.860s to secure a provisional Citroen one-two.

Rob Huff’s late improvement put paid to that as he went fastest by almost a second, before Honda team-mate Michelisz set his session-topping time, a 1m58.673s.

Muller set the fastest first sector with his final attempt, but wound up 0.087 seconds down in second, ahead of Huff and Lopez.

Lada pair Hugo Valente and Nicky Catsburg both made late leaps to fifth and sixth in their respective Vestas, bumping independent Citroen driver Tom Chilton down to seventh – the Brit having spent most of the session in the top five.

Robert Dahlgren, making his first appearance in the WTCC since 2011 after his swap with Fredrik Ekblom, was 14th in the second Polestar Volvo S60, while Daniel Nagy – making his WTCC debut in a second Zengo Motorsport Honda Civic – did not set a time.