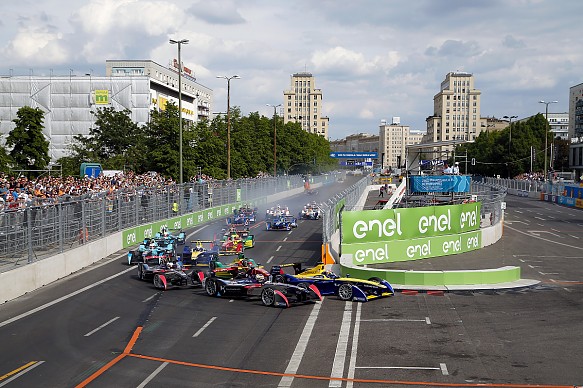 Formula E’s proposed 2016/17 calendar has been rejected by the FIA.

A draft 11-event schedule was discussed at Friday’s meeting of the FIA World Motor Sport Council in Turin. But the world governing body has concerns, including the gaps in the early stages draft calendar, and wants its apprehensions over the 2016-’17 pitch reconciled before giving it the green light.

FE has long had a deal in place to kick off its third season in Hong Kong on October 9, and the schedule pitched by the series would feature a race on Nov. 12 and a three-month gap to Buenos Aires on Feb. 18. That is an even longer wait between rounds two and three than had been previously suggested, with Marrakech understood to be the intended to-be-confirmed race in November.

FE wants to offset that interval with a driver-versus-fan virtual race, with a large financial jackpot, in Las Vegas on January 8.

Mexico City has been pushed back from late January to April 1 in FE’s rejected schedule, which has caused the extended gap after Marrakech despite Buenos Aires being brought forward a week from its original planned slot.

There have been other tweaks to the draft calendar that emerged over the Berlin ePrix weekend in May. Singapore and Long Beach had been targeted as standalone events, but now there is only a TBA slot on April 22.

There were then back-to-back races in Monaco and Paris on May 13 and May 20. respectively, with the race in the French capital brought forward a week to avoid clashing with Formula 1’s Monaco Grand Prix.

Races in Brussels and Berlin would complete the European leg of this proposed calendar before season-ending double-headers in Montreal and New York in July.

As expected, the championship has not penciled in a London race, although series CEO Alejandro Agag said recently he was open to that being revised later.

The FIA was due to announce the winners of the new control chassis and battery tenders, but this has also been delayed. Due to the number of applicants it has opted to extend the deadline for the decision and will make an announcement in due course.

The FIA did announce some FE sporting changes at the WMSC meeting. These included the introduction of license points as used in F1, awarding only one point for the fastest lap in a race instead of two and the introduction of a “power ramp down” when the energy consumption limit is exceeded.