MOTGP: Iannone to start last at Assen after Lorenzo clash

MOTGP: Iannone to start last at Assen after Lorenzo clash 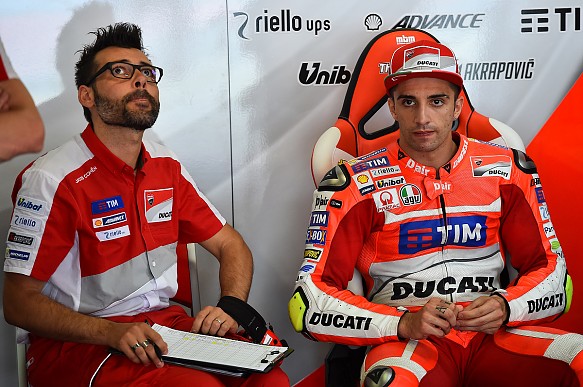 Andrea Iannone will have to start last in the next MotoGP race at Assen as a punishment for taking Jorge Lorenzo out at Barcelona.

The Italian slid into the back of his 2017 Ducati replacement under braking for Turn 10 as they battled for fifth two thirds of the way through the Catalunya Grand Prix.

Both fell and were unable to continue, with Lorenzo spurning Iannone’s gesture of apology as they walked away.

The accident led to Lorenzo losing the championship lead to Marc Marquez, who finished second at Barcelona and is now 10 points ahead in the standings.

The Lorenzo collision is Iannone’s second high-profile tangle of the 2016 season.

He had previously taken Ducati team-mate Andrea Dovizioso out of third place on the final corner of the Argentinian GP.

Ducati opted to keep Dovizioso rather than Iannone for 2017 after signing Lorenzo, leaving Iannone to switch to Suzuki.