NISMO Festival 2015: What happens when Nissan throws a party for 35,000 adoring fans

NISMO Festival 2015: What happens when Nissan throws a party for 35,000 adoring fans

With the light falling on a late autumn day, I stood in front of grandstand with some 20,000 people chanting in unison. If I weren’t experiencing it with my own eyes and ears, I wouldn’t have believed it. The fact that this scene is not set in a football or soccer stadium only adds to the oddity.

Indeed, I had the good fortune to attend the 2015 NISMO Festival at Fuji Speedway in Japan. For those that don’t know, the NISMO Festival is an annual year-end gathering of all things good in the world of Nissan Motorsports.

Before going any further, let’s address the obvious elephant in the room. The Nissan GT-R LM program is not one of the shining achievements for a company that has quite a long and illustrious history in motorsport. There was nary a mention of it during the festival that took place on the final weekend of November. Instead, the festival was resolutely focused on two things.

First, the achievements of 2015, which included a thrilling victory in the Liqui-Moly Bathhurst 12 Hour in a GT3 spec Nissan GT-R NISMO GT. The margin of victory was a scant 2 seconds, and the top-8 were separated by six seconds. Driver Katsumasa Chiyo made the pass for victory on the penultimate lap of the epic Mount Panorama Circuit and fended off the pack breathing down his neck for one more tortuous lap.

Chiyo, along with Wolfgang Reip (who co-drove at Bathhurst with Florian Strauss) and Alex Buncombe also won the Blancpain Endurance PRO driver’s championship.

In the Japan Super GT Series, the No. 1 Motul Autech GT-R captured its second-straight GT500 title with drivers Tsugio Matsuda and Ronnie Quintarelli ahead of another GT-R, the No. 12 Calsonic IMPUL entry driven by Hironobu Yasuda and Joao Paolo de Olivera.

There were also plenty of race wins in the Pirelli World Challenge, courtesy of America’s first GT Academy ace, Bryan Heitkotter (LEFT), as well wins in the Blancpain Sprint and Endurance Series to acknowledge.

Secondly, the NISMO Festival always rolls back the tarps on the racecars of the past that have contributed to Nissan’s motorsport legacy. From pair of 1960s era sports prototypes to a plethora of Datsun B210s and B510s to Nissan Skyline GT-R’s of every era, plus Group C and GTP prototypes for a little extra sizzle.

Many car brands hold similar events, but the NISMO Festival has a certain intimacy and openness about it that I myself had never experienced. By Saturday afternoon, there were already cars parked at Fuji Speedway’s gates to be among the first in on Sunday morning. The hardcore fans would enjoy a frosty night camped in or beside their car, getting an early start on the revelry. By Sunday morning there would be close to 35,000 fans passing though the track’s gates.

Once inside, owners of NISMO road cars (and there were scores of them) like the GT-R, 350Z and 370Z, Versa and Juke would all park in lots designated for them. There was even a corral were owners could drive their own cars in to park alongside a NISMO racecar of their choice in order to take as many pictures of the pair as they liked.

Rows of vendors hawked performance parts and upgrades. There were vintage displays and souvenir items for sale. There was a car show and rock concert. But mostly, they came to see their beloved NISMO racecars on track without the bother of those “other” manufacturers getting in the way.

Most unique of all was the “Circuit Safari.” For a modest fee, fans could board a tour bus that would take them for two laps of the circuit… while the racecars circulated at near race speed around them!

All day long, racecars circulated flat-out around the Fuji Circuit and all day-long the Nissan faithful would cheer, honk horns and wave flags as if there support fueled the cars on track. In truth it did, at least figuratively. For that is the whole point of the NISMO Festival. All year long these fans pay good money to attend races or devote hours in front of the television in support of their cause. Nissan spends a great deal more in putting on the NISMO Festival than they take in. Tickets are a paltry $10 and in super-pricey Japan, that’s a huge bargain. In return, Nissan gives the fans what they want; access and entertainment galore.

The Festival ends with what they call the Grand Finale. Every racercar in attendance gets a lap of honor and then, with red carpet laid out on the front straight each is called up for an ovation. The end was reserved for the Bathhurst and Super GT-winning cars followed by thank you speeches from Nissan’s Global Head of Sales and Marketing, Daniel Schillaci and CEO Shoichi Miyatani.

With all the cars and their drivers and crews lining the whole of the front straight the Festival came to a close and the 20,000 plus fans began to chant in unison, “NI-SSAN! NI-SSAN!” Every driver and crew member waves in acknowledgement and the chant grows ever more impassioned. Finally after several minutes, the master of ceremonies urges the drivers and crew to leave the straight. They do so, sheepishly for it’s hard to leave fans who cheer you so dearly. But alas, so long as everyone stood the cheers would continue, and did so for another several minutes after the those on the front straight had dispersed.

These drivers and cars are like rock stars to this crowd, and in that singular moment, it becomes abundantly clear why Nissan and NISMO put on this annual event. When you have a fan base like this, coming out to the track once more at the end of a long season is no longer an obligation, but a privilege.

Click on the thumbnails below for larger images from the NISMO Festival. 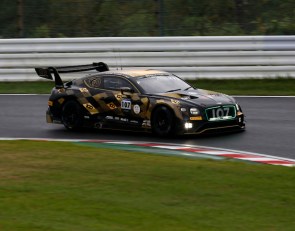 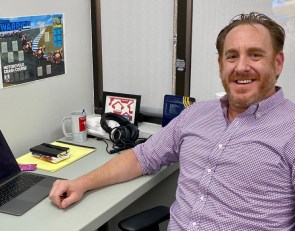 Road to Indy 11m ago

MotoAmerica announced the hiring of Jordan Miller as its Vice President of Media and Promotions, effective immediately. Miller will (…)

With just four months to go to the first race of Season 1, Extreme E teams are taking delivery of their ODYSSEY 21 cars getting their first (…)