It took 8,000 miles, 30 days, and 20 states to record, but the highly anticipated “Dinner with Racers” podcast is finally available for free download with the first 17 episodes available now via iTunes. The remaining episodes (27 conversations in total) will release this coming Tuesday, November 24, in advance of people’s travels for the Thanksgiving Holiday.

It’s a podcast, please don’t ask why the video isn’t working. But here’s a prologue video to set the scene:

An idea that was several years in the making, “Dinner with Racers” takes the audience on a journey with hosts, Ryan Eversley and Sean Heckman, as they drive across the country in an Acura MDX shod in CrossContact LX20 tires, stopping for a variety of meals with notable figures along the way.

A unique format, the series focuses on an unstructured, free-flowing conversation that allows the audience to get to know the true personality of each guest with all conversations lasting over an hour, and filled with stories, insights, opinions, and oftentimes, outright absurdity.

Focusing on variety, the guest roster includes everyone from drivers to engineers to race officials, journalists, team owners, and involving a number of disciplines including IndyCar, SportsCar, NASCAR, Global RallyCross and beyond. Among them will be RACER founder, president and CEO Paul Pfanner and IMSA/IndyCar reporter Marshall Pruett.

The show is the brainchild of both hosts, with Eversley currently holding the title of factory driver for Acura in The Pirelli World Challenge and Continental Tire SportsCar Challenge and Heckman a current partner in TMB Creative, Inc., who perform a number of creative services for organizations both in and out of motorsport.

“It was a true honor to make this series,” stated Eversley. “It was unbelievable how open and willing everyone was to this concept, and the fact that we were able to find so many great guests is a testament to the industry’s commitment to bringing out the personalities in this sport that we all love so much. It was a ton of fun recording all of these conversations, and I hope the enjoyment that we had translates to everyone listening, hopefully this is the first of many more seasons to come.”

“Thirty days in a car with Ryan is… an experience,” continued Heckman. “I’m shocked we both still talk to each other, but I think it’s because we were distracted by the entertainment-factor that was all of our guests. We really put an effort into variety, and I think it shows. This entire series was a selfish exercise because, quite frankly, these were all people we wanted to spend time with anyway, the recording equipment and free meal just gave us an excuse.”

The series was made possible with the support of Continental Tire, who are a long-time supporter of American sports car racing through IMSA.

Everyone is encouraged to listen in by either visiting iTunes or directly at www.dinnerwithracers.com. 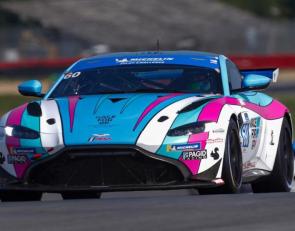 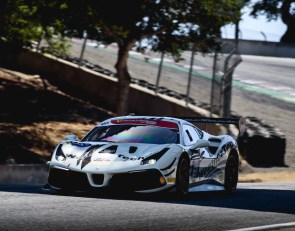 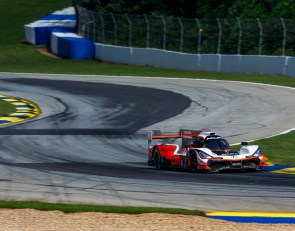