Michael Cannon has been one of the most highly respected race engineers in Indy car racing for 16 years, and knew from a very early age that motorsports was his destiny. His father, John Cannon, was a fine and versatile driver; his day of days came probably at Laguna Seca in 1968, when he beat the dominant works Can-Am McLaren M8s to victory using a two-year-old M1B. That same year, JC finished second in an Indy car race at St Jovite, defeated only by Mario Andretti.

Michael Cannon’s day of days may be yet to come. He famously turned AJ Allmendinger into a Champ Car winner, taking five victories in just nine races after they were thrown together mid-2006. After joining HVM Racing-Minardi Team USA, Cannon propelled rookie Robert Doornbos into the lead of the ’07 Champ Car World Series at the halfway point of the season.

Yet, looking back on it, Cannon describes 2010 – again with HVM Racing but this time with Simona De Silvestro as his driver – as his favorite year in Indy car racing…so far. This year, he replaces Bill Pappas at Dale Coyne Racing to become Justin Wilson’s race engineer.

As you’d expect, given his heritage, Michael’s choices of cars covers a wide range… “They kinda combine functional and sometimes game-changing designs that sometimes also please aesthetically,” he summarizes.

Auto Union Type C “A nation’s pride in what strikes me as a very elegant, balanced shape, at least to the eye. The drivers might have felt otherwise about its on-road balance. It was one of Auto Union’s revolutionary rear/mid-engined cars; Auto Union was the first to win with this configuration, and the Type C had a six-liter supercharged V16 producing 520hp – in 1936!”

Type C was the best of the Auto-Union breed, but it was never a docile machine, and it took Bernd Rosemeyer – a pre-war Gilles Villeneuve – to extract its best. He won five races and the 1936 European Championship, and won four events in ’37. Pictured TOP is Rosemeyer heading for victory at Donington Park, UK, in 1937, with teammate Hermann Muller BELOW showing off the distinctive proportions of the A-U at the same event. LAT photos

Chaparral 2E “Certainly a game-changing design. Not as ultimately successful as its contemporaries but a pretty car that bristled with new ideas. Plus Hot Wheels made a version of it; how cool is that?!”

BELOW It’s predictable that cars as innovative and high-tech for their era as the Chaparrals would be held in high regard by engineers, just as working for someone as technically astute and open-minded as Jim Hall would fire up the imaginations of similarly-minded staff. With radiator pods mounted at the rear, a huge downforce-producing rear wing that was foot-pedal adjusted to flatten out on long straights, and front ducts that closed to improve aero at speed, the 2E was way ahead of its time. It scored just one win, at Laguna Seca in 1966, and is pictured (center) back there in 2009 with Hall at the wheel, with a De Ferran Motorsports Acura to its right, and Gil de Ferran in the 2B on viewer’s right. LAT photo

Lotus 79 “The all-conquering successor to the first true ground effect car, the Lotus 78. Both beautiful and effective.”

ABOVE Mario Andretti had driven the Lotus 78 to four Grand Prix victories in 1977, more than any other driver that year, but had suffered too many mechanical failures to truly fight for the World Championship. The 78 was still swift enough to win two grands prix at the start of ’78, one for Andretti, one for Ronnie Peterson, but its drawback remained its slow straightline speed, part of the penalty of its high downforce. Once he discovered in testing that the super-sleek Lotus 79 had that problem solved, Mario pressured Lotus team owner Colin Chapman into bringing the new car on line ASAP. On its championship debut here at Zolder, the 79 blew away its rivals, Mario comfortably taking pole and victory. The World Championship became almost inevitable. LAT photo

Swift DB-1 “The first time the trailer door dropped and I laid eyes on David Bruns’ Swift DB1, my jaw dropped, too. Bruns’ design changed the face of Formula Ford from the DB1’s first race – R.K. Smith overcame an early race spin to catch the field and leave it in his wake. So revolutionary, the car is still competitive a full 30 (!) years later and may have the most impressive record of any race car ever designed.”

BELOW Cannon’s choice of the 1983 Swift DB-1 is another example of race engineers loving cars that move the game on. Unlike its contemporaries in Formula Ford, this California-designed-and-built car shifted the radiator behind the driver, allowing the nose of the car to be properly scultped into aero efficiency. This theme continued all along its bodywork, presenting a supremely narrow frontal area to the air. Underneath the windcheating shape was some great packaging – an aluminum bell housing that also contained the oil sump tank allowed enough room for the DB-1 to become more mid-engined than rear-engined, with consequently huge benefits to its handling. Pictured here is Richard Schroebel, after winning the 1991 SCCA Runoffs at Road Atlanta. SportsCar Magazine photo

The Surfers Top Fuel Dragster “A pair of college students built a Top Fuel car in the garage of Santa Monica’s Wilshire Blvd Red Apple Motel, and it drove through a 100-plus car field to win the 1966 Bakersfield’s U.S. Fuel & Gas Nationals.

“Surfers Tom Jobe and Bob Skinner worked out how to atomize nitro so finely, the car ran on nearly 100-percent liquid TNT. Stripped of every ‘non-essential’ part, including the blower idler pulley, The Surfers and driver Mike Sorokin terrorized the mid-’60s SoCal drag racing scene with their ultra-lightweight, ultra-loud and ultra-fast rail. Pure in design and execution, this car ruled.

“Then, just as quickly as they appeared, the team quit the sport and sold everything bar the distinctive yellow injector scoop. Jobe and Skinner explained that they foresaw a day when the cars would soon evolve to look, and be, exactly like one and the only difference would be the paint job which the sponsor would determine. And that scenario was of no interest to either of them. Sound familiar?”

ABOVE The even sadder postscript to the story is that Sorokin was killed at Orange County International Raceway in Irvine, Calif., when his clutch and flywheel exploded near the end of the first-round elimination run. He was only 28. Front-engined Top Fuel cars sure took their toll, but then looking at the supreme extremes of their designs and layouts, you can only wonder at the bravery of their drivers… National Dragster photo 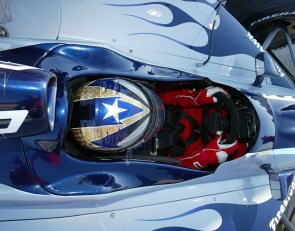 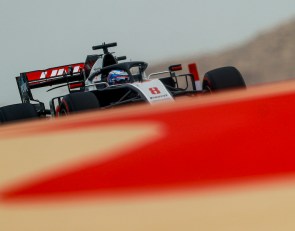