British constructor Perrinn Limited has made public a first batch of designs from the all-new LMP1 coupe it aims to race in the 2015 World Endurance Championship.

The three-dimensional CAD files, which include that of the car’s engine cover (pictured), are downloadable. They will be followed by the blueprints of every other component on the four-wheel-drive hybrid designed by the Yorkshire, UK-based company.

Company boss Nicolas Perrin has launched an interactive open-source website under the myTeam banner that will give the public full access the P1 design and allow followers of his proposed WEC team to play a role in everything from car design to race strategy.

Perrin said that he was pleased with the response to his initiative, which already allows fans to vote for potential drivers for his team.

“We have had a good response and have had 20,000 page views from 7000 unique users in the first couple of weeks,” he said. “The plan is to add different components of the car each week: the front suspension will be next.”

Perrin has launched the open-source website to help him gain finance to build his car, which is known as the myLMP1, and put together a team to field two entries in the WEC from next season. He explained that his move had already opened doors with potential backers.

“There are discussions that have started since we launched the site, so the signs are really positive,” he said.

Followers will be able to make suggestions to improve the design of the myLMP1, which has already been completed. 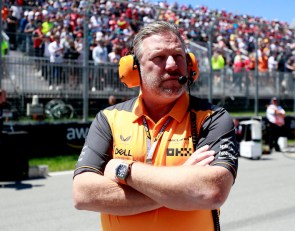