Formula E is hoping to introduce dynamic on-track charging in the future.

The goal was revealed as part of the announcement of a multi-year founding technological partnership with wireless technology company Qualcomm in Berlin, ahead of Tuesday’s full unveiling of the new car at the Frankfurt Motor Show.

The dynamic charging technology would allow the all-electric cars to be charged wirelessly during a race, with plans to have a “racing line” and an “energy line,” on which the cars could recharge.

There is no specific timeline on the dynamic charging, Qualcomm only revealing that it is likely to be available in a low single-digit number of years.

Formula E Holdings boss Alejandro Agag confirmed that when the technology is available, the series will look to change its current proposed race format, which includes two races in two separate cars.

“Absolutely, we are open to this technology,” Agag said. “If the technology is available, then we will work toward introducing it, and we will make changes to the format if required.

“What we would need is approval from the FIA, but that is something we can work on in the future. It’s a vision at the moment, but it’s our vision. That kind of technology is what we’re here for.”

What will be available next year is Qualcomm’s ‘Halo’ charging system, which allows cars to charge wirelessly from a pre-determined parking position.

The series’ safety cars will use the system, while it will be offered commercially to any of the 10 teams taking part in the 2014 championship. 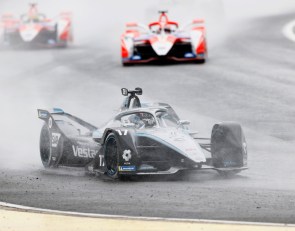 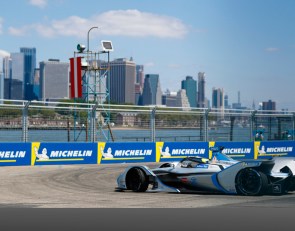