Ferrari team principal Mattia Binotto believes Mercedes’ ability to close the gap in Formula 1’s constructors’ championship is due to its different development plans ahead of 2023.

Mercedes is 40 points behind Ferrari heading into the final two rounds of the season, and outscored the Scuderia by 13 points in Mexico. However, Binotto doesn’t believe there has been a regular difference in performance between the teams over the past few races, even though Ferrari stopped bringing updates to its car some time ago.

“If I look at the last races it has not always been great,” Binotto conceded. “But in Singapore I think we have been very competitive, the one after in Japan it was in the wet — yes, we were not as fast as Max (Verstappen) but it was not a drama, and certainly not in qualifying. In the States, in Austin, in qualifying we were competitive but not as much as we would have expected in the race.

“I think (in Mexico) it was a lot worse, so I don’t think it’s the same trend because Singapore: competitive, Japan: not too bad, USA: good qualifying, so I think it has been a lot more difficult and I’m hoping that’s not a trend but an outstanding weekend for us.

“The hope is to analyze what went on … and try to be back at our level of competitiveness at least for the last two races, including Sao Paulo. The hope is to be there and fight for a better result.

“Mercedes is coming back because it developed the car more than we did. We know ourselves that we stopped quite early the development of our car, focusing on 2023. So I’m not too concerned by the rate of development because I also know when we stopped developing it.”

Binotto feels Mercedes could have scored even more heavily over the past two rounds if it had got its strategy right, suggesting Ferrari gets closer scrutiny when it doesn’t maximize its results compared to its rivals.

“In Hungary we were criticized and it’s normal when we are doing things not completely right that we are criticized. Mercedes maybe have lost the last race as well by not choosing the right tires — also in Austin — so I think it’s not only us that makes different choices or makes mistakes.” 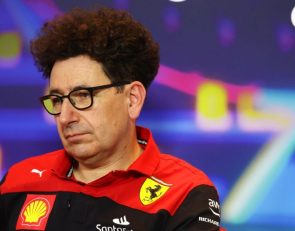 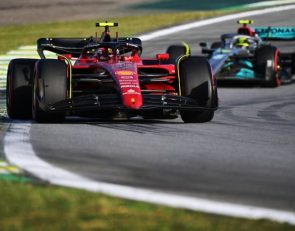 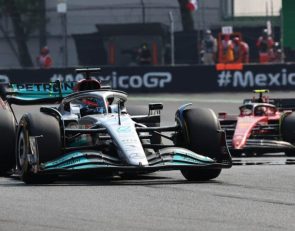 Mercedes would rather get race win than beat Ferrari to second