The Trans Am Series presented by Pirelli announced the winners of the Fan Favorite Awards powered by CForce at the 2022 Honors Gala. The series named winners for Most Popular Driver, Best Looking Car and Best Looking Helmet, which were voted for by fans in the weeks leading up to the season finale at Circuit of The Americas. In addition to receiving a trophy, a check for $1,500 was presented for each award, courtesy of CForce Naturally Alkaline Water, owned and run by Chuck Norris.

Archer was both a Rookie and Young Gun in the TA2 class this year, finishing third in the Wilwood TA2 Rookie Standings and fifth in the Young Gun Standings. The 23-year-old ended the 2022 season driving for Ken Thwaits’ Showtime Motorsports, where he will return for the 2023 season.

Abbate competed in her first full-time season in the Trans Am National Championship TA2 class this year following three seasons in the Western Championship. The Las Vegas native is a familiar face on the Trans Am Gala stage, earning the Most Popular Driver award in 2020 and 2021. She also previously earned Best Looking Helmet honors in 2020, and Best Looking Car in 2021.

With the 2022 season officially in the rearview mirror, teams and drivers in the Trans Am Series look forward to the 2023 season, where things will kick off at Sebring International Raceway on February 23-26. 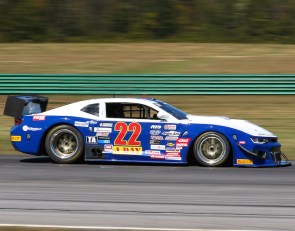