As most of you may know, the 51st Formula Ford Festival was completed with a twist in the Grand Final. Once the rain fell and the race was called early, I had stamped a fourth-place finish in the books for the Team USA Scholarship and Ammonite Motorsport.

My first-ever Festival easily met the expectations I had set. My goal was to simply give myself a chance to fight for the gold come time for the Grand Final: I feel that I did just that. The Festival was a week of learning and progression in my driving where I had to be at my best to compete with the best Formula Ford drivers in the world including former F1 drivers and more. Now I will be taking all that I learned at Brands Hatch into the Walter Hayes Trophy at Silverstone.

Following the conclusion of the Formula Ford Festival, this past week consisted of four incredible tours to Haas F1 Team, Ilmor Engineering, the McLaren Technology Centre and, finally, Multimatic, which seems to be involved in almost every aspect of the racing industry.

Highlights for me included watching a simulated lap of the Chevrolet IndyCar engine zooming around the Indianapolis Motor Speedway on the Ilmor engine dyno, which had to be the coolest part of this tour by far; the amazing McLaren facility (below), from the pond out front to the cars inside; and then seeing the dynamic suspension rigs at Multimatic. These machines are used to simulate the loads the car will take throughout a lap — amazingly, on just four pads, the car isn’t strapped on and never falls off either! We also saw what is fascinating to any racing driver of the modern era, the million-dollar simulator the drivers use to prepare with. It’s super complex and fitted with tons of technology I had never seen before.

In between tours, Elliott, William and I had been operating out of our Milton Keynes apartment and fending for ourselves. Being my first time away from home for an extended period of time, I have found myself having an amazing time with Elliott and William. They have been with me every step of the way, giving us plenty of time to get to know each other.

On Monday, all three of us stepped into a GB3 Championship car for the very first time in a one-day teaser. After only a few laps around Bedford Autodrome, we all were up to speed on a track we had never been to — and more importantly in a car we had never driven before.

For my first time in a car with proper aero, it certainly did not disappoint. The Douglas Motorsport GB3 championship car was freaky fast and at the same moment more forgiving than the Formula Ford that I have been used to. The first run was more physical than I had thought it would be, due to the heavy wheel that is a product of the large tires and aero working with the car. But as I turned more laps it seemed I had found my rhythm. After the teaser, I now know the direction I would like to head in 2023, but it will take plenty of help to make it happen.

Thank you to Jeremy Shaw, the Team USA Scholarship program’s supporters and partners for making our first time in GB3 Championship cars possible. Thank you to the Douglas Motorsport crew including Wayne Douglas and Gemma for allowing us to rip around the racetrack in their cars.

I have been looking forward to the Walter Hayes Trophy at Silverstone for quite some time now. There is no better way to close out a very successful race season than to compete in the largest Formula Ford race in the world.

Fast forward to now, Elliott, William and I are in the Silverstone village after two full days of testing at the Silverstone Circuit. We’ve experienced every track condition possible, from full wet to dry and everything in between. The Ammonite Motorsport crew has been busy keeping all our cars on track for every session. I spent the first day getting up to speed, which didn’t take long due to the sim work I had put in with Kelly Jones at RaceCraft1 Motorsports Training before arriving in England. Once up to speed we began making several setup changes, some good and some bad. Overall I feel we’ve had a very successful test, leading me to be very confident about our chances this weekend. After today my expectations for this weekend’s Walter Hayes Trophy at Silverstone will remain mostly the same as before, ultimately chasing the gold, but this time to cap off my 2022 racing season.
-Thomas 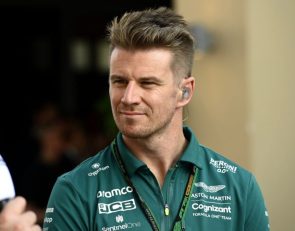 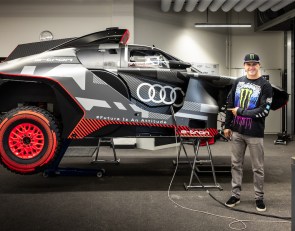