Multiple teams have brought updates related to cooling as they tackle the challenging conditions at this weekend’s Mexico City Grand Prix.

The Autodromo Hermanos Rodriguez is located more than 2,200 meters/7200 feet above sea level, making it by far the highest track on the calendar. The altitude means cooling is a particular headache as less-dense air means the usual cooling settings are less effective, and many teams have brought new parts to counteract that.

Red Bull has introduced a revised engine cover to increase overall cooling capacity, while McLaren has added additional louvers and other engine cover tweaks. The same additions have been made at AlphaTauri — where there are also enlarged front brake ducts — while Williams is also able to add an extra cooling louver if required.

There are also some small performance changes, including one at Mercedes that won’t run this weekend, as Nyck de Vries tested a revised floor edge on an older specification of floor in FP1 to evaluate a different concept.

On top of its cooling changes, McLaren has also introduced additional winglets on its rear brake ducts for greater load, while Aston Martin has tweaked its rear deflector to impact airflow to the rear of the floor, and Alfa Romeo has an updated floor that includes reprofiled front geometry and modified cutouts. 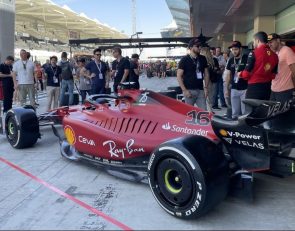