Over the past few weeks, while manufacturers and teams have been testing their new LMDh cars as much as possible, IMSA has been going through its own processes to make sure everyone is on the same page when the 2023 season opens at Daytona International Speedway on Jan. 20 with the Roar Before the 24. Key to that is the homologation process, an important component of parity between Acura, BMW, Cadillac and Porsche in the WeatherTech SportsCar Championship GTP category.

Just like DPi before it, the LMDh cars (and Hypercars, should Toyota, Peugeot or Ferrari decide to participate), the manufacturers must present a car to IMSA for homologation. This makes the tech process easier later on, as the series’ officials know what parts are supposed to be on the car, and what’s not supposed to be there. For the past couple of weeks, the homologation process has been going full steam so manufacturers and teams can continue testing with the cars in their final configuration.

“It’s a joint homologation process between IMSA and the ACO,” explains Matt Kurdock, IMSA’s technical director. “LMDh is homologated by IMSA and ACO. This process started much earlier this year with manufacturers sending us various bits of draft materials, including CAD, and detailed documentation of their chassis and suspension and cooling systems and powertrains. We go through a process of reviewing that material and providing feedback and asking questions, so that the manufacturers have some time to make adjustments where necessary.

“We follow that up with the process we’ve been going through with our partners at the ACO in Concord, North Carolina, which includes wind tunnel testing at the WindShear facility (a full-scale, rolling-road wind tunnel), then a detailed homologation inspection at the NASCAR Research and Development Center.

“As you can imagine, there’s a prescribed process of wind tunnel testing, with prescribed criteria that the car must hit. It’s all outlined in documentation that’s shared with the manufacturer long before we get to the wind tunnel. And likewise, the inspection criteria is also documented to a high level as well so there’s no surprises between IMSA, ACO, the chassis constructors, and the LMDh manufacturer.”

The rules specify a single adjustable aerodynamic device on the car, at the front or the rear.

IMSA is looking for a pretty narrow aerodynamic window with the LMDh cars, including certain drag-to-downforce ratios, over a variety of ride heights. The LMDh rules allow a single adjustable aerodynamic device on the car, and that can be front or rear. The Hypercar rules have a similar restriction, which is why there’s no rear wing on the Peugeot 9X8 — Peugeot decided on a different aerodynamic device. All the LMDh manufacturers so far, however, have chosen to include a rear wing.

“We are certainly targeting a very narrow aerodynamic performance window with LMDh relative to where IMSA was with the DPi category. And it’s a challenging target for for the manufacturers to hit,” Kurdock admits. “But we believe that the narrower performance targets should help create better parity between the cars over a variety of circuits. The testing at WindShear involves subjecting the car to the various conditions so that we’re able to evaluate the aerodynamic performance as realistically as we can to what the car would endure on a racetrack in in grip-limited conditions.”

That means no alternate noses with different diveplane configurations for different tracks. No changing body wickers. To balance the car aerodynamically front to rear, teams will need to mess with one aero adjustment, and then tweak ride height and rake after that.

In the powertrain, there is some freedom with how the manufacturers choose to regenerate and deploy the electric power from the ERS. But the spec hybrid system has some specific packaging requirements, with some cooling element locations open to accommodate the different powertrains that range from turbocharged V6s, smaller-displacement turbo V8s and larger-displacement naturally aspirated V8s. The limiting factor on how the electric power is delivered is the maximum combined output as measured by torque sensors on rear axle isn’t allowed to exceed 500kW, give or take 20kW depending on Balance of Performance (643hp to 697hp).

Once homologation is done, many of the components will be locked down. If a manufacturer wants to change a component for whatever reason, there is a process for that. Otherwise homologation with IMSA and ACO is through the end of the 2027 racing season.

“You would expect that over those years, there’s going to be something on the car that is difficult to source, or that a part has happened to go obsolete or that there’s an update required for reasons of safety or reliability. There’s a process for a manufacturer to work with IMSA and ACO on submitting a request and having that go through approval and then in some cases that that may require the documentation be updated or or further inspections to occur,” Kurdock explains.

By December’s Daytona test, the design configurations of the four makes should be locked down.

The idea is that the cars from the four manufacturers, run by six or more different teams, show up at the IMSA-sanctioned test at Daytona in December in their final configuration, giving IMSA the chance to see whether they’ve hit the mark on parity. While competitors have been known to, shall we say, not show their full hand at such tests, it should give everyone — manufacturers, teams and sanctioning body — a better picture.

“The goals of the December test are to continue the validation process of the common components that are prescribed by the regulations,” Kurdock says. “But also to allow the manufacturers a chance to run their cars in IMSA’s environment with our technical infrastructure around the track, our systems in the car — our data loggers, our telemetry systems, our timing and scoring systems. Just making sure all of that integrates well, gives them the feedback they need to finish their development, their software development on some of their controllers. And that allows us to finish our software development that we’ve done on our data acquisition systems as well. It’s about making sure that when we get to the Roar, we’ve had a good bit of time with the cars in their homologated state to make sure that everything’s working well with each other, and that there are no surprises in January.”

Between now and the Dec. 6-7 test, the manufacturers and teams will be logging every mile they can. Porsche just completed a 36-hour test at Sebring where its team members put more than 4300 miles on the new 963. They need to verify durability and performance of the parts they’ve chosen for the car, as well as make sure everything is working together properly. The December test will give a pretty good indication whether they’ve met their goals or not. 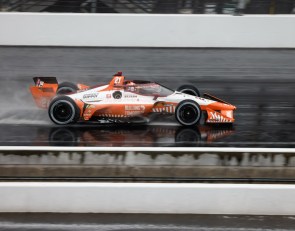 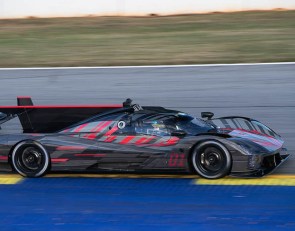 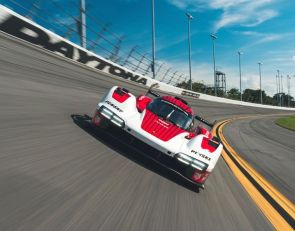