Formula 1 is attempting to put together its own female-only feeder series to try and increase opportunities on the single-seater ladder, as the W Series faces an uncertain future.

While the W Series announced earlier this month that it was focused on coming back stronger in 2023 despite having to curtail its season early due to funding issues, RACER understands F1 was already working on a new category of its own that it wants to sit alongside W Series.

The new championship is being targeted to be at Formula 4 level — a female-only junior category that looks to give opportunities out of karting to teenage drivers. With input from a number of Formula 2 and Formula 3 teams, the majority of investment comes from Liberty Media but with the intention that the other junior teams involved will promote the drives through into F3 in future. At present no F1 teams are involved in the project.

The F4 car is ready to be used and has been adapted to try and make it more relevant to female drivers given physiological differences with chassis that are designed around men, and the new series could be up and running as early as next year. There would be work carried out in 2023 to amend F3 cars to better accommodate both male and female drivers.

RACER understands the series had been looking at a later launch date but the issues surrounding W Series expedited the process, with F1 concerned it would look like it isn’t supporting female racers should that project fail to find the required funding to continue.

It is believed W Series CEO Catherine Bond Muir is supportive of the venture, with F1 keen to have both categories running in parallel, with W Series on its support card and the new F4 championship — of around 16 entries — more likely to make sporadic appearances and race elsewhere, providing as much seat time as possible alongside simulator programs and academy training. 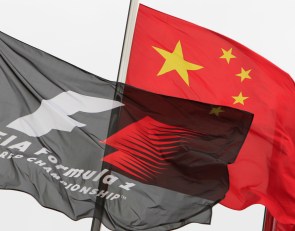