More than 20 female race drivers will be on hand along with displays of 15 race cars from various sectors of motorsports at next week’s sold-out Women With Drive II – Driven By Mobil 1 ‘Friend-Raiser’ event to benefit Women in Motorsports North America (WIMNA).

The October 5th event at Charlotte Motor Speedway’s Paddock Club will be part of a “passing the torch” to the next generation celebration. The event, hosted by Charlotte Motor Speedway and presented by NASCAR and IMSA, will serve as a fundraiser for WIMNA to assist with its effort to improve access for women seeking careers in motorsport along with support and mentorship.

Over nine decades of women’s race cars will be represented, including two special highlights that include Donna Mae Mims’ Austin Healey Sebring Sprite that she raced at Sebring in 1964 and eight-year-old Samantha Paulk’s USAC 25 Midget from her first victorious race at Darlington, S.C. this past Labor Day weekend.

“Bringing together legendary women and the cars they raced is an amazing way to bring attention to Women in Motorsports North America as they strive to develop quality opportunities for women in motorsport,” said Sonoma Raceway Executive Vice President and General Manager Jill Gregory, Chair of this event. “Having the support of NASCAR and IMSA showcases the importance of this event and the vital part of this event’s success.”

Other examples of the epic collection of race cars that will be showcased include:

A robust list of female drivers representing various race series scheduled to be in attendance at the Women With Drive II ‘Friend-Raiser’ include:

The ‘Passing of the Torch’ to the 2023 Women with Drive III Summit will take place during this year’s ‘Friend-Raiser’ with NASCAR President Steve Phelps and IMSA President John Doonan on hand to announce the date and location for next year’s event.

For more detailed information on this year’s event, click here. 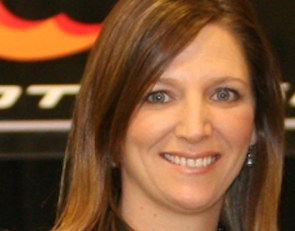