Porsche will not be entering Formula 1 with Red Bull after confirming talks will not continue as the two sides could not agree to partner “on an equal footing.”

Negotiations regarding a partnership have been ongoing for a number of months, with Porsche attracted by the 2026 power unit regulations and budget cap that led to fellow Volkswagen Group brand Audi confirming its entry two weeks ago. However, with Red Bull understood to be unwilling to give up too much of its team to the iconic sports car manufacturer, Porsche has now announced the deal is off.

“In the course of the last few months, Dr. Ing. h.c. F. Porsche AG and Red Bull GmbH have held talks on the possibility of Porsche’s entry into Formula 1,” the Porsche statement said. “The two companies have now jointly come to the conclusion that these talks will no longer be continued.

“The premise was always that a partnership would be based on an equal footing, which would include not only an engine partnership but also the team. This could not be achieved.

“With the finalized rule changes, the racing series nevertheless remains an attractive environment for Porsche, which will continue to be monitored.”

Sources suggest Porsche is still exploring other avenues that would allow it to enter F1 in 2026 with another partner, with options within the existing 10 teams.

On top of that, Andretti’s chances of securing a spot on the grid would be boosted if it could bring a new manufacturer into the sport, and its Formula E team will partner with Porsche from next season, though such a scenario in F1 is deemed far less likely than Porsche joining forces with one of the current outfits.

Any manufacturer wanting to be on F1’s power unit voting board for 2026 needs to have signed up by October 15 this year, but that’s not a deadline or prerequisite for entry. 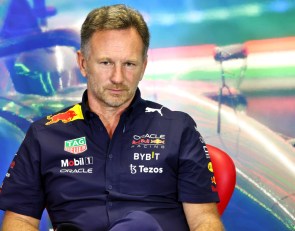